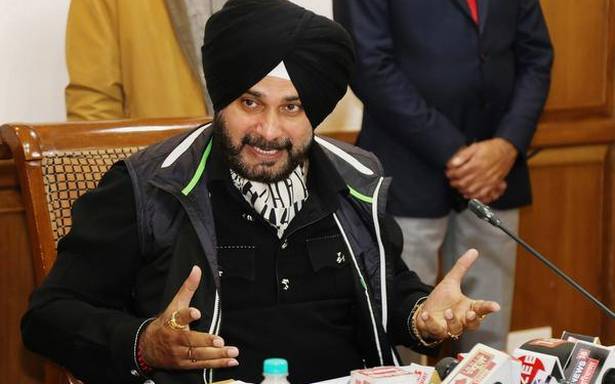 The cricketer-turned-politician had resigned from Capt. Singh’s Cabinet in July 2019

Navjot Singh Sidhu, Congress MLA from Punjab, met party president Sonia Gandhi on Monday at her residence, triggering speculation that he could be given some responsibility in the party or reinducted into Capt. Amarinder Singh’s Council of Ministers.

However, there is no official word on what transpired at the meeting that also included the All India Congress Committee’s (AICC) in charge of Punjab, Harish Rawat.

The cricketer-turned-politician resigned from Capt. Singh’s Cabinet in July 2019, following differences with the Chief Minister.

From visiting Pakistan to take part in Imran Khan’s swearing-in ceremony to his record as a minister, Capt. Singh had often taken on Mr. Sidhu, who is believed to have joined the Congress after leaving the BJP at the instance of party general secretary Priyanka Gandhi Vadra.

Mr. Sidhu, who had almost gone into political hibernation, not only resurfaced after the new farm laws became a big political issue but even appeared together with the Chief Minister at a dharna in Delhi last November.

With Punjab headed for Assembly polls, the party’s top leadership could be coming around to utilising Mr. Sidhu’s popularity more effectively.