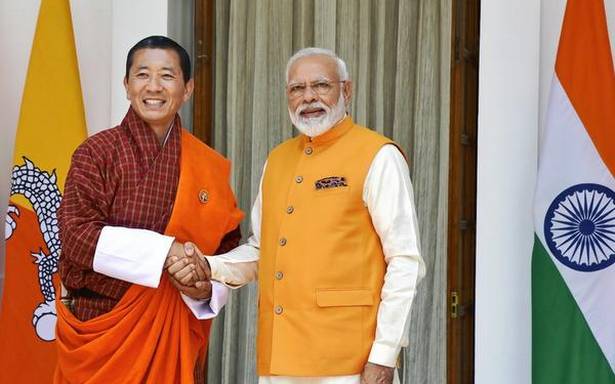 Prime Minister Narendra Modi held meetings with the visiting foreign leaders who attended the swearing-in ceremony on May 30. At the meetings, he urged for a closer multilateral and bilateral cooperation.

President of Kyrgyz Repubic, Sooranbay Jeenbekov, was the first to meet Mr. Modi, hours after the event at the Forecourt of the Rashtrapati Bhavan. The visiting side reiterated the invite to him to visit capital Bishkek for the Shanghai Cooperation Organisation (SCO) summit meeting in June. Kyrgyz Republic is the current SCO chair.

The SCO summit is significant as it will provide an opportunity for a meeting between Mr. Modi and Chinese President Xi Jinping. He is also expected to come across Pakistan Prime Minister Imran Khan during the ceremonies.

Mr. Modi met with the leaders of the BIMSTEC grouping on Friday. During his meeting with Sri Lankan President Maithripala Sirisena, both the leaders noted the threat that terrorism poses to humanity. It was the first such high-level between the two sides after the April 21 Easter bombings in Sri Lanka. A press release from MEA said both sides would cooperate for the Indian Ocean and South Asian region.

Mr. Modi also met with the Prime Minister of Mauritius Pravind Jugnauth. A press release from MEA noted that both leaders agreed to work together to achieve the shared vision of security and growth of the two countries and the Indian Ocean region.