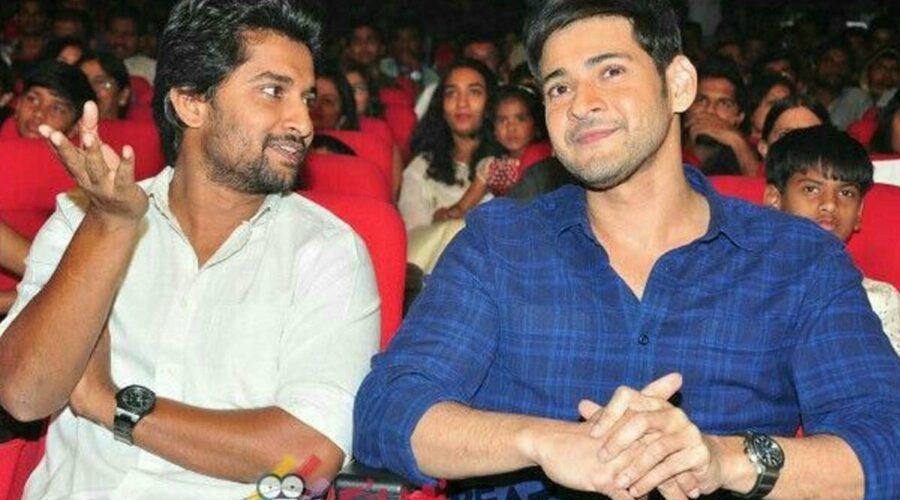 Natural star Nani is now coming up with an interesting drama Ante Sundaraniki, which is slated to hit the theaters on 10th June. The makers have already started the promotional activities. Now the reports are coming that Nani is going to face Mahesh Babu heat.

Superstar Mahesh Babu is all set to give a new headache to Nani with  upcoming film Sarkaru Vaari Paata. Apparently, Sarkaru Vaari Paata, which is helmed by Parasuram might get postponed from the 12th of May to the first week of June.  It is being heard that Sarkau Vaari Paata will be  released on 3rd June 2022.

It is known that Nani is already struggling but he is confident on Ante Sundariniki.  Mahesh Babu enjoys next level pull amongst the family audience and his movies enjoy a long run at the box office. But it is just an early speculation for now and there is nothing to worry for Nani’ fans.

Sarkaru Vaari Paata has Keerthi Suresh as the leading lady and it is helmed by Parasuram.  It is produced by Mythri Movie Makers, 14 Reels Plus and G. Mahesh Babu Entertainment. The makers have released two songs Kalaavathi and Penny recently. Both the songs have worked their magic on the audience, who now await to see Sarkaru Vaari Paata in theatres on 12th May.