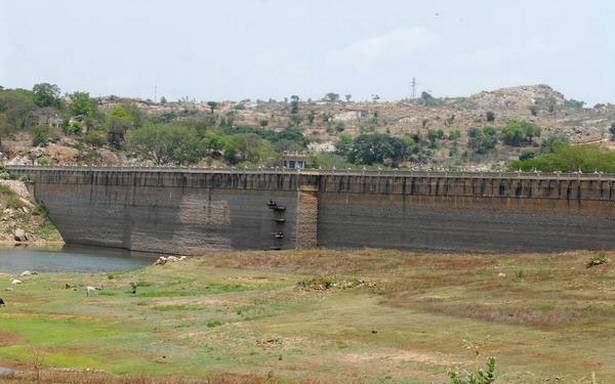 The proposal to bring water to the parched city from Linganamakki dam across Sharavathi river, which is over 400 km away, has not only irked residents of the river basin, but has been deemed “unsustainable” by environmentalists in Bengaluru as well.

However, irrigation experts and policy-makers are of the opinion that this is the “only practical solution” to slake Bengaluru’s thirst.

“This is no longer sustainable. Moreover, the city cannot be prioritised at the cost of other parts of the State. Bengaluru must learn to harness its resources,” said Dr. T.V. Ramachandra, Centre for Ecological Sciences, IISc., Bengaluru.

Environmentalists advocate a shift in policy, one that focuses on harnessing local resources. The city receives rainfall in the range of 700 – 850 mm annually, which when harnessed is quantified at 15 TMC. Recycling it will only double it, which is essentially the quantum of water the city plans to draw from Cauvery after completion of Cauvery V Stage, studies indicate.

However, irrigation experts beg to differ. “No mega city in the world can sustain on local resources alone. Diverting water from Sharavathi is the least ecologically damaging option, as a dam already exists and the only cost is the laying of a pipeline. Moreover, it is the largest reservoir with a capacity of 151 TMC dedicated to hydel power, which contributes only a fraction to the State’s power production and is not used for irrigation,” said Prof. N. Narasimhappa, an irrigation expert. “The extrapolated population for the city by even 2031 is 2.03 crore, which is tough to be catered to by lakes alone,” he said.

Not everyone shares this opinion. Capt. S. Raja Rao, former secretary, Environment and Minor Irrigation Department, GoK, said diverting water from over 400 km away is not just costly but unsustainable.

Dr. Ramachandra added, “Policy-makers seem to be always interested in large projects of several thousand crores, which essentially leads to corruption. The same money invested on lake rejuvenation in the city would have solved the crisis.”

He believes that that the capacity of the Sharavathi river to provide for the city is being overestimated. The reservoir of 151 TMC has not filled to even half its capacity for three years in the past four years. “Water supply in the basin is depleting. There has been a drought-like situation downstream. Massive diversion of rivers will only lead to distribution of drought,” he said.

One solution offered by economists and urban experts is for the government to focus on developing other parts of the State to take the stress off Bengaluru.

“The city accounts for a large section of the population of the State and its growth, and the State is duty bound to provide drinking water to sustain it. But a focus on Bengaluru centric urbanisation and industrialisation is not sustainable for the State any more. The government must distribute development.. Perhaps, this would contain the rapid growth of the city in the decades ahead,” said Prof. Narendar Pani, an economist.

Water conservationists and urban experts believe the answer to the city’s water problems can be found in harvesting even 50% of the rainfall received, and using it to recharge depleting ground water levels.

The government, in its 2019-20 budget, stated that it would launch “Mathondu Cauvery” (One More Cauvery) scheme towards reducing the city’s dependence on Cauvery river by harnessing the available water resources.

“The idea is to use every drop of water twice, harvest rain water, revive lakes, recharge ground water, and treat waste water. Just doing this is enough to meet the city’s future water needs,” said urban expert Ashwin Mahesh. “But the scheme was put on hold due to the model code of conduct ahead of the Lok Sabha elections. Discussions about implementing the scheme have just about begun.”

The Bangalore Water Supply and Sewerage Board (BWSSB), which supplies 1,470 MLD from the Cauvery, was working towards plugging leakage. Currently, wastage is around 38%, said water conservationist S. Vishwanath, who stressed on the need for institution building and a strong communication strategy to drive more people to adopt rainwater harvesting.

Even existing buildings can be retrofitted with rainwater harvesting systems.

As per the Bruhat Bengaluru Mahanagara Palike (BBMP) records, the city has over 19 lakh properties. According to data provided by BWSSB, only around 1.20 lakh properties have rooftop rainwater harvesting system.

According to Mr. Vishwanath, one can use one rooftop pipe and let the water into the existing sump, borewell or well. The pipe will have to be fitted with a filter. “One need not connect all pipes to let rainwater into the sump, borewell or well. The total cost may be around ₹4,000, including ₹3,000 for the filter. The filter will have to be cleaned periodically,” he said.

He added that while BWSSB does not have any hydro-geologist, the ground water authority is under-staffed. “There is no water management plan. Ideally, citizens should seek permission from the authority to drill borewells,” he said.