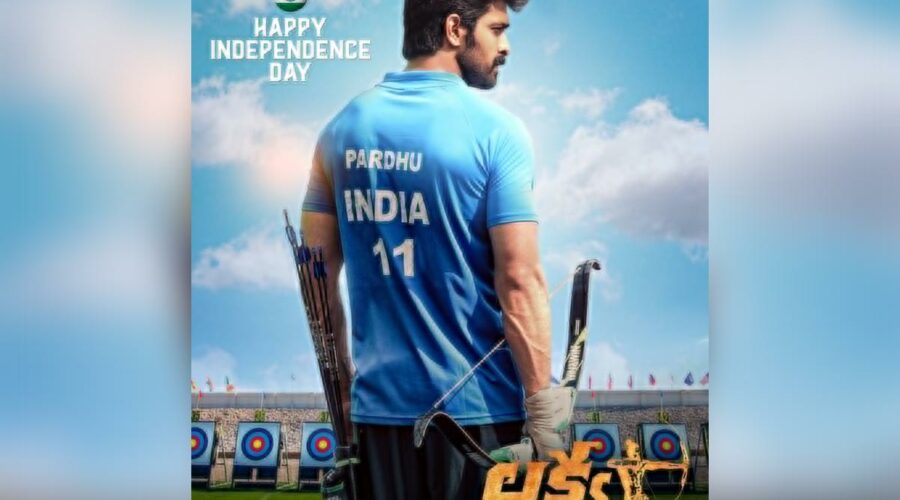 Naga Shaurya is currently working for his upcoming sport based movie Lakshya. Today on the occasion of Independence day, the makers of Lakshya released a new poster. Coming on the poster, Naga Shaurya is seen sporting an Indian blue Jersey entering the stadium with the bows in one hand and arrow in the other as he is essaying the character  of Pardhu in Lakshya.

Naga Shaurya will be seen as an archer in Lakshya. He has undergone a jaw-dropping transformation to play this role.  The upcoming film  touted to be India’s first movie based on the ancient sport of archery and this film marks his 20th outing in his career.  The movie also has versatile actor Jagapathi Babu and Delhi Instagram beauty Ketika Sharma in lead roles.

Currently  the shoot of Lakshya is going on at the brisk pace under the direction of Dheerendra Santhossh Jagarlapudi, which is on the verge of completion. The post production activities have also been started.

Lakshya is  produced by Narayan Das K. Narang, Puskur Ram Mohan Rao, Sharrath Marar in Sri Venkateswara Cinemas LLP, and Northstar Entertainment Pvt Ltd banners whereas it is presented by Sonali Narang. It has the music by Kaala Bhairava whereas the cinematography is handled by Raam.