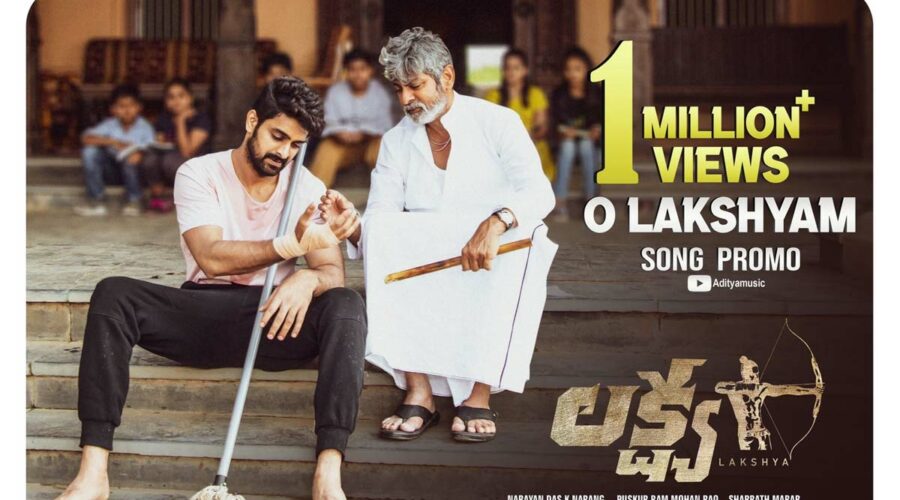 Naga Shaurya is  all set to entertain movie lovers with his upcoming  sport based entertainer Lakshya, which is gearing up for the grand release on 12th November.  Yesterday on the occasion of Diwali the makers released O Lakshyam  song promo  that grabbed the attention of many and it generated immense interest among movie lovers.  Now according to the latest report, the song O Lakshyam song promo has hit 1 Million + views on Youttube.

The film Lakshya is touted to be a sports film, where Naga Shaurya will be seen as an archer. He has undergone a jaw-dropping transformation to sync in the character.

Directed by Dheerendra Santhosh Jagarlapudi, Lakshya’ music is composed by MM Keeravani’s son Kaala Bhairava and the cinematography is handled by Raam, while editing is handled by Junaid Siddiqui.   Youtube sensation Ketika Sharma is playing the female lead whereas Sachin Khedekar, Satya, Jagapathi Babu,  and Ravi Prakash are playing the supporting roles.

Meanwhile Naga Shaurya was last seen playing the lead role in the movie Varudu Kaavalenu opposite Ritu Varma, in the direction of debutant Lakshmi Sowjanya.  Currently he is also working for an untitled film with Aneesh Krishna, in which singer Shirley Setia has been roped in as the female lead.