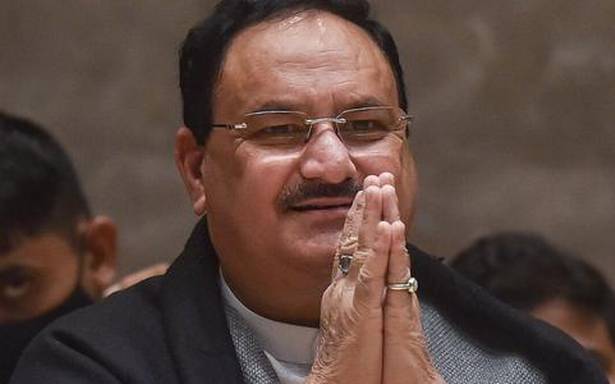 The BJP national president will be in Chennai on January 14, and will also take part in Thuglak magazine’s anniversary event

Mr. Nadda will be in Chennai on January 14 to also take part in Tamil magazine Thuglak’s anniversary event in the evening.

When asked about BJP national general secretary C.T. Ravi’s statement that the AIADMK will choose the CM candidate in the alliance, Mr. Murugan said his statement was right. To a query as to how the BJP’s stand on the CM candidature had suddenly changed, Mr. Murugan said that was not the case. “The AIADMK themselves decided their CM candidate only recently at their general council meeting. That is what we are saying now,” he said.

Mr. Murugan also claimed that the DMK alliance was not finalised and that nobody knew whether the Congress, Left and other parties were in the alliance. He claimed that even the CM candidate in the DMK alliance was not announced. “Wherever Udhayanidhi Stalin goes, the cadre raise slogans that he is the future Chief Minister…wherever Kanimozhi goes, cadre say she is the future CM,” he said.