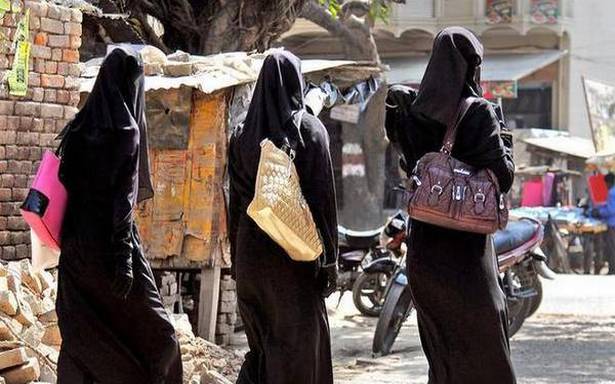 While Muslim political parties have opposed amendments to the child marriage law to raise the age at marriage for women to 21, terming them an attack on personal laws, voices within the community advocating equal rights, have welcomed the move.

Muslims don’t have a codified personal law unlike other religious communities. The Muslim Personal (Shariat) Application Act, 1937 states that Shariat or the Islamic law will apply in all questions regarding marriage, dissolution of marriage, maintenance, dower, guardianship, gifts, etc. Under Shariat, puberty or 15 years is the minimum age of marriage. The Quran, however, is not in favour of child marriages.

Also read: Age and marriage: On raising the age of marriage for women

“While we welcome raising the age of marriage to 21, we want this amendment to the PCMA, 2006 to state unequivocally that this law applies to the Muslim community also. Otherwise, the Muslim girl does not stand to benefit from this law or its amendment,” says a statement from the Bharatiya Muslim Mahila Andolan (BMMA).

“It has been 75 years of Independence and we still don’t have a comprehensively codified personal law. All the other religions have their codified personal laws. We have been deprived of our legislative protections when it comes to practices like polygamy, or child marriages or triple talaq,” BMMA’s Noorjehan Safia told The Hindu.

The PCMA Bill codifies the legal stand on child marriages within personal laws. While there have been contradictory judgments from courts such as Punjab and Haryana High Court and Gujarat High Court in the past on whether personal laws trump PCMA or vice versa, the Supreme Court in Independent Thought versus Union of India, 2017, settled the law and held that PCMA will over-rule personal laws.

In his opinion in the 2017 judgment, Justice Deepak Gupta (now retired) said, “The PCMA is a secular Act applicable to all. It being a special Act dealing with children, the provisions of this Act will prevail over the provisions of both the Hindu Marriage Act and the Muslim Marriages and Divorce Act, in so far as children are concerned.”

Unlike a blanket reform through a move like the Uniform Civil Code, piecemeal reforms in personal laws are more desirable, say experts.

“As a votary of piecemeal reforms I welcome the move,” says Dr Faizan Mustafa, Vice-Chancellor, the National Academy of Legal Studies and Research (NALSAR). He adds though, “the Jaya Jaitly task force on age of marriage didn’t talk about changes to personal laws, but focused on women’s empowerment, need for access to education and health and preventing early pregnancies. Not only has the government failed to address these concerns it will additionally curtail the freedom to marry at the age of 18, which is permitted globally.”

In 2016, the Ministry of Law and Justice tasked the Law Commission to examine matters in relation to uniform civil code (UCC). In 2018, when the Commission submitted its Consultation Paper on Reform of Family Law it steered clear of making any recommendations on UCC and held that it was “neither necessary nor desirable” and favoured “piecemeal changes to laws”.

Dr Mustafa also cautions against “uniformity” being the principle in drafting laws. “Uniformity is not a laudable goal.. Legal plurality is better than uniformity in laws. What is important is that all laws should be compatible with constitutional principles of equality and be gender just,” he says.