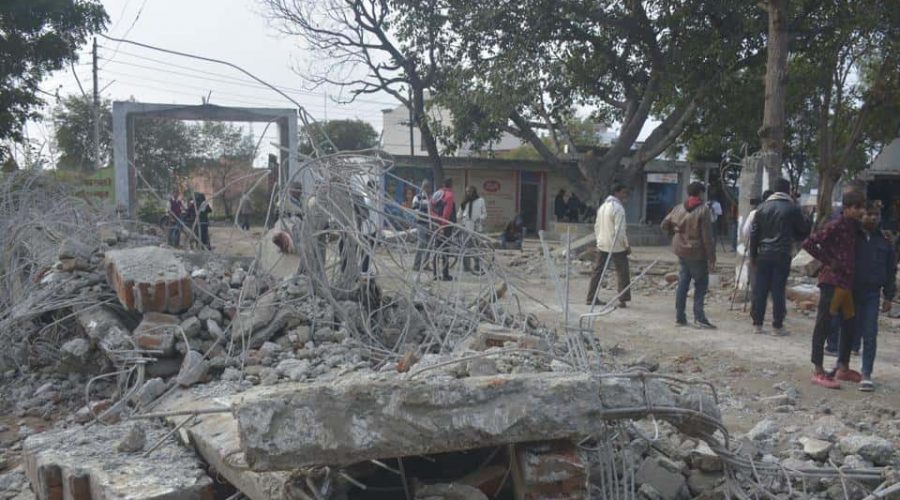 The main accused in the case of the roof collapse at a crematorium in Uttar Pradesh’s Muradnagar town has been arrested, taking the number of people arrested to four, news agency ANI reported on Tuesday. Ghaziabad Police had announced a reward of Rs 25,000 for any information on Ajay Tyagi, the contractor of the crematorium, where the roof collapsed on Sunday.

On Monday, a junior engineer was among three people arrested by the police for the accident, which has resulted in the loss of 24 lives and injuries to at least 17 others. Police also announced a two-member committee had been set up to probe the accident, as family members of the victims took to streets to protest, resulting in the deployment of a heavy contingent of police.

The roof had collapsed at around 11:30am at the Ukhlarsi cremation ground, when the last rites of Jai Ram, who had died on Saturday night, were being conducted. Around 50-60 people were present at the funeral. Scores got trapped under the debris and could be rescued only after the local police and administration arrived at the spot. A team of the National Disaster Response Force (NDRF) was also dispatched to the collapse site.

Ghaziabad Police have registered a first information report (FIR) under various sections of the Indian Penal Code (IPC), including sections 304 (culpable homicide not amounting to murder), 337 (causing hurt to any person by doing any act rashly or negligently as to endanger human lives), 338 (causing grievous hurt by an act endangering life or personal safety of others) etc.

Uttar Pradesh chief minister Yogi Adityanath had directed officials to submit a report. He had also announced a financial compensation of Rs 200,000 to the family members of each of the victims.