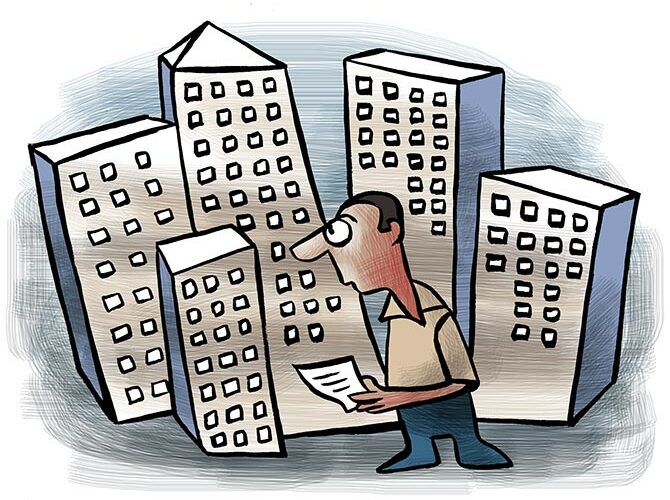 Mumbai recorded a 4x growth in property registrations on a yearly basis in June this year, as restrictions imposed by the state government ended.

Mumbai and its suburbs recorded property registrations of 7,857 units in June, compared to 1,839 units registered in June 2020.

The registrations for June were also 39 per cent higher, compared to the same month in the pre-pandemic period of June 2019, said a new report by Knight Frank India.

“Even though the duration of lockdown in Mumbai was similar to last year, the pick-up after gradual easing of restrictions was sharper this time around,” said the report.

The consultant noted that 42 per cent of registrations in June were from new residential sales concluded in the month, recording a sharp improvement, compared to 29 per cent in May and 7 per cent in April.

The share of women homebuyers in new sales improved from 1.8 per cent in May to 4.7 per cent in June.

On March 8, the Maharashtra government had announced a 1 per cent rebate in stamp duty for women homebuyers effective from April 1 to honour International Women’s Day.

As a result of which women homebuyers constituted 6.6 per cent of new home sales in the month of April, paying a discounted stamp duty rate of 4 per cent over their purchase.

In May, the share of women homebuyers across the 5,360 units registered in that month dropped to 1.7 per cent.

In June, the share of women homebuyers across the 7,857 units registered increased to 4.7 per cent, said Knight Frank.

It also said since the withdrawal of the sop on stamp duty on April 1 this year, the scale has tilted in favour of homes priced Rs 1 crore or below, with this category taking more than 60 per cent of the sales in the April-June period.

“This should be seen as a positive indication of the strength of demand from end-users in this relatively affordable segment that continues to purchase, despite no stamp duty relief.

“Going forward, as the vaccination programme gains momentum and normalcy returns, we expect the sales momentum to gain pace, led by demand from the affordable and mid-segment,” it said.

The Maharashtra government, in December 2020, had given a four-month leeway to homebuyers to register a property after the payment of stamp duty to prevent crowding at registration offices.

This ensured homebuyers who had purchased residences and paid stamp duty on or before March 31 had the maximum window of four months till July 31 from the respective date of payment of stamp duty for registering their apartment.