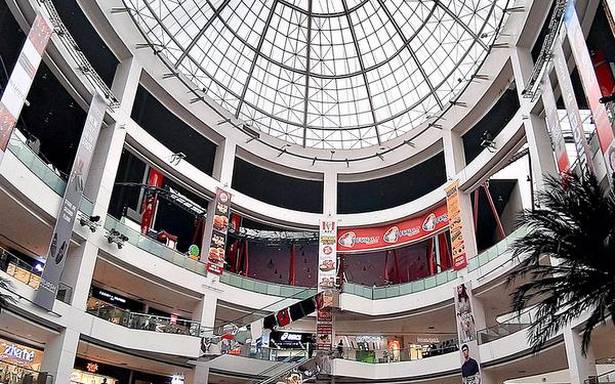 On Thursday, the State government ironed out the policy, as per which malls, shopping complexes in commercial areas, gated communities and mill compounds will be allowed to remain open 24×7 if they wish to. The move is set to boost Mumbai tourism, besides honouring the city’s culture and taking a step towards making it a global city.

Mr. Thackeray had conceptualised the Mumbai 24×7 project when he was still in the Yuva Sena. The move was seen as another attempt by the Shiv Sena to distance itself from its former ‘anti-Valentine’s Day’ avatar, to make it more inclusive. In 2018, the Sena-Bharatiya Janata Party government gave it a green signal and even issued a notification but it was subject to approval from the Mumbai Police. The police had concerns related to law and order, owing to which it was never implemented.

On Thursday, Mr. Thackeray, now Tourism Minister and Guardian Minister for Mumbai suburbs, convened a meeting with Municipal Commissioner Praveen Pardeshi and Police Commissioner Sanjay Barve apart from representatives of various establishments. In the meeting, it was decided to give the go-ahead to the policy.

“Any commercial establishment that does not serve alcohol located inside a gated community, mill compound or a commercial area will be allowed to stay open 24×7. They do not need separate permissions. Several mall owners have already expressed interest. They can choose to start the same any time now, but the rules for serving alcohol stay the same,” said a senior civic official. Alcohol can currently be served only up to 1:30 a.m.

Malls, stores, restaurants, multiplexes, salons and all establishments that do not serve alcohol can now stay open 24×7. They will not require any additional permissions, provided they have all the requisite permissions from the Brihanmumbai Municipal Corporation, Fire Brigade and police. This does not apply to residential areas, though. Around 25 establishments have expressed willingness to stay open 24×7.

Kunal Vardhan, owner of Atria Mall in Worli said, “This is a step towards making Mumbai a truly global city. Awareness is key and over a period of time, it will become popular. We want to start from January 26 and I will hold meetings with store owners about the same. The timing can be staggered for retail stores, multiplexes and salons among others .”

Sandip Runwal, managing director, Runwal Developers, which owns R. City Mall in Ghatkopar said, “This is done globally and we are very happy it has happened in Mumbai. Now it is up to citizens to behave responsibly and make it work. Mall security will definitely be increased but transportation will also be required late at night. Besides, we will have more guards, including women, apart from our CCTV camera network. Prices will have to be kept low initially to attract people; we should not look at costs right now. Eventually it will become a culture,” he said.

Anurag Katriar, president of the National Restaurant Association of India said, “It is a brilliant move; it was our old demand. It will give a new lease of life to Mumbai and is a step towards the government’s $5 trillion economy. Ideally, alcohol should also be allowed.”

Mr. Pardeshi and Mr. Barve were not available for comment. Not everyone however, is elated at the move. BJP’s Ashish Shelar tweeted, “Urge Maharashtra government to clarify full details about bar/pub/malls and eateries staying open 24×7. Peace, safety and security of Mumbaikars in residential areas is topmost priority. Any bar/pub/mall/eatery which is a security threat for residential areas or puts burden on police will be opposed.”

Addressing the media on Friday, Mr. Thackeray said, “From January 26, the policy will be implemented in Nariman Point, Kala Ghoda, BKC and mill compounds. It will not cause any trouble. A similar thing has been implemented in Ahmedabad. Those making allegations, do they want Mumbai to lag behind? This move will also generate employment,” he said.

Related posts:
01/17/2020 India Comments Off on Mumbai gets a rocking nightlife; Aaditya has a dream fulfilled
TV & Movies