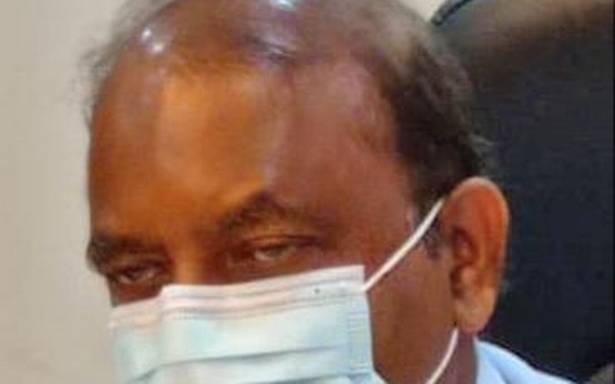 Days after a power outage plunged Mumbai and the Mumbai Metropolitan Region into darkness on October 12, Maharashtra Chief Minister Uddhav Thackeray has directed Tata Power to immediately hand over land to Adani Electricity Mumbai Limited (AEML) to set up a 400 kV substation in Vikhroli, a project that has been pending for over a decade now. Dinesh Waghmare, chairman and managing director of Maharashtra State Electricity Transmission Co. Ltd. (MSETCL), speaks to The Hindu on what went wrong on October 12.

What led to the power failure?

The problem arose on October 10 when the conductor wire of the Talegaon-Kalwa transmission line snapped at Lonavala and Karjat. As employees were working to repair the line, circuit number one of the Padghe-Kalwa line tripped at 6.54 a.m. on October 12. The maintenance team required stopping power supply to the line to fix the issue. The power load was transferred to circuit number two of the same line, which too tripped due to overload by 9.58 a.m. So the situation was that both the Talegaon-Kalwa line and circuit number two of the Padghe-Kalwa line had snapped, while circuit number one was undergoing maintenance. Meanwhile, at Kharghar substation, high voltage on the Kharghar-Kalwa created a spark. Fearing a fire, the substation incharge manually shut down the lines from Talegaon to Kharghar, and from Kharghar to Kalwa at 10.23 a.m. This led to no power supply to Mumbai as Tata Power and AEML lines tripped simultaneously. Restoration work first started at 10.41 a.m. on circuit number one of the Padhage-Kalwa line followed by Talegaon-Kharghar line, the AEML line, circuit number two of the Padaghe-Kalwa line and Tata Power line. The final restoration of power was completed by 1 a.m. on October 13. Power was restored on priority basis to banks, hospitals, rail services, and government offices.

What was the biggest challenge faced while restoring power?

At Lonavala, the tower is situated on a mountain and at Karjat, it is in a deep valley. Around 100 employees, including engineers, braved the tough terrain, rough weather, wild animals, and worked to finally restore power by Thursday night. Most of them hailed from Jharkhand and had the knowledge of negotiating such terrain. Since ‘generation’ didn’t get restored at the expected time, ‘islanding’ of Mumbai did not happen. Hydropower stations can start generating power in 10 minutes of such a failure, but Tata Power took over five hours. Thermal power stations came on board only past midnight, further delaying the restoration of power to residential areas. Tata Power has a capacity of 1,377 MW, which includes three hydro power units, two coal units and two gas units. Meanwhile, AEML has two units of 250 MW each.

Was it a technical error or is foul play suspected?

MSETCL investigated the incident and prima facie, it is suspected to be a technical error. A report has been submitted and a State-level inquiry might follow. Meanwhile, a Central team visited Mumbai on October 13 and completed their investigation by October 14. The Central team consisted of the chief engineer of the Central Electricity Authority of India along with representatives from the Power Grid Corporation of India, the Western Regional Load Dispatch Centre, Tata Power, AEML and MSETCL.

How can a similar episode be prevented?

Mumbai needs additional sources of electricity. Power should also be brought from outside. The city cannot depend on Tata Power and AEML alone. The Vikhroli substation project had been stalled for a long time, but now the Chief Minister has resolved the land issue. The project was with Tata Power, which they did not implement. Later, through a bidding process, the project was allotted to AEML. Tata Power was supposed to hand over the land to AEML, but Godrej has taken the land on lease and was embroiled in a dispute with the State government. On Friday, the Chief Minister asked Tata Power to hand over the land to AEML at the earliest. Once commissioned, the Vikhroli substation will generate 1,500 MW of power. Another proposed substation between Dahanu and Bhoisar is also stuck due to a land dispute. Once commissioned, this project will also generate 1,500 MW of power. Two more circuits are planned for the Padaghe-Kalwa corridor, but are stalled as many slum and residential areas dot the route. Every industrial and commercial establishment should have provision for battery storage to tackle such emergencies.

How much power does Mumbai and the Mumbai Metropolitan Region need per day?