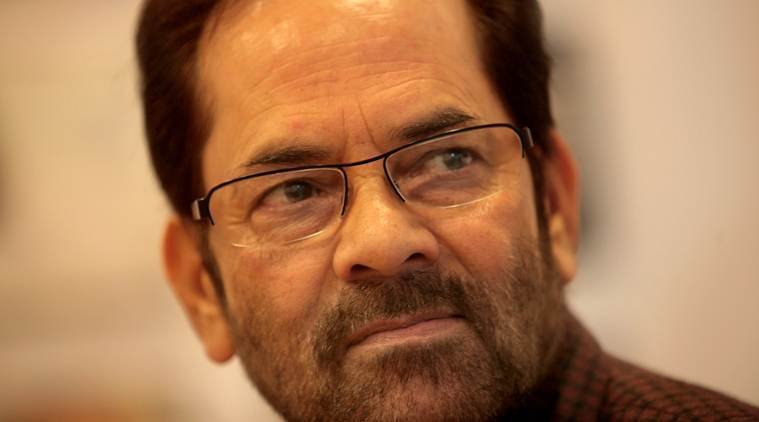 Naqvi called Owaisi champions of politics of secularism and accused him of keeping the nation's minorities as tenants and not stakeholders. BJP’s Union Minister of Minority Affairs Mukhtar Abbas Naqvi hit out at AIMIM leader Asaduddin Owaisi Saturday accusing the latter of keeping the nation’s minorities as tenants and not stakeholders.

The Andhra MP had on Friday said that the country’s Muslims should not worry about BJP’s return to power and that the Constitution of India gives its citizens the freedom of religion. He said, “India’s law, Constitution gives us this permission that we follow our religion,” at a gathering in Hyderabad’s Makkah Masjid, as per a PTI report.

Owaisi added that if PM Modi can go to temples and sit in a cave then Muslims can proudly pray in mosques too. “If Modi can visit a temple we can visit our mosques, if Modi can go sit in a cave, we Muslims can also proudly say our prayers in mosques. Securing more than 300 seats is not a huge thing, Because India has a living Constitution. The 300 seats of the BJP cannot take away our rights,” he said.

Naqvi took charge of the ministry on Friday and had emphasised that he will work with the mantra of ‘sabka saath, sabka vikas and sabka vishwas’, and will give priority to “3Es”– education, employment and empowerment — for development of minorities.