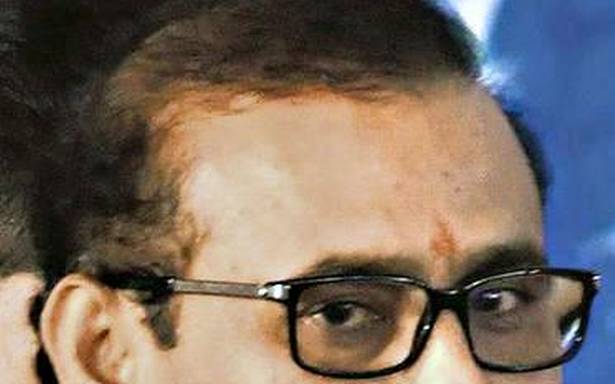 Mr. Tope made the statement at a meeting held by Mr. Modi, during which the latter interacted with 17 district Collectors of Maharashtra.

Maharashtra Health Minister Rajesh Tope on Thursday told Prime Minister Narendra Modi that mucormycosis or black fungus, which has claimed 90 lives in the State so far, is a matter of prime concern for the State at present, and the State government needs more supply of the medicine used in its treatment.

Watch | What is mucormycosis or black fungus?

Mr. Tope made the statement at a meeting held by Mr. Modi, during which the latter interacted with 17 district Collectors of Maharashtra. Union Health Secretary Rajesh Bhushan also attended the meeting.

Submitting his demands for the State, Mr. Tope said that since the requirement for oxygen and Remdesivir-like medicines has now stabilised due to a drop in COVID-19 cases, mucormycosis is a matter of prime concern for Maharashtra now.

In his media briefing on Wednesday, Mr. Tope had said that Maharashtra faces a shortage of Amphotericin-B, a key medicine required to treat mucormycosis patients, and the State needs 1.50 lakh to two lakh vials of that medicine, but has received only 16,000 from the Centre.

Of 1,500 patients found so far in the State, some 850 were undergoing treatment in hospitals, while 90 COVID-19 survivors have died of black fungus so far, he had said.

Speaking to reporters after the meeting on Thursday, Mr. Tope said, “I have informed the Centre that mucormycosis is the prime concern before the State government. I insisted that we need more allocation and supply of Amphotericin-B because the number of cases in the State is higher.” “As the active COVID-19 cases in the State have declined, the requirement for oxygen and Remdesivir-like medicines has now stabilised,” he said, adding that these were not matters of concern anymore.