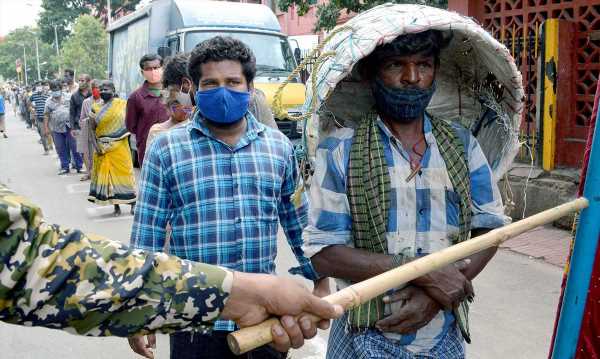 ‘What the government should do is to use the vaccine judiciously, not just to prevent a third wave alone, but to stop the number of deaths happening in the interim.’

50 per cent of America’s population is fully vaccinated.

43 per cent of the adult population in the UK is fully vaccinated.

India has fully vaccinated 2 per cent of the population.

This is the vaccination picture of India.

Added to this is the vaccine shortage in almost all the states.

Where did India go wrong?

What should be done urgently so that India could vaccinate as many people as possible at the fastest?

In the second of a two-part conversation with Rediff.com‘s Shobha Warrier, Dr Jacob John, professor at the department of community health at CMC, Vellore, answers some of the questions. Was it not a mistake to depend on just two vaccines when you have such a large population to vaccinate?

Hindsight gives you a lot of wisdom. I agree with you that we should have invested in more vaccines.

The problem is, we underestimated the pandemic. We were told Indians were special in some way and they would not get infected.

Then, the health minister announced that we had controlled the pandemic.

Nobody realised how badly the virus would behave a second time around. We should have because we saw what was happening in the US, the UK and Europe. Even then, we liked to believe that India would not have a second wave. That is the worst part.

Then, we overestimated the capacity to produce vaccines. They said we could not only take care of India’s requirement for the vaccine but we could supply to the whole world.

The government overestimated what Serum Institute or Bharat Biotech could produce.

We had to vaccinate a large number of people in a short period of time, but we didn’t have enough doses.

When nobody expected the second wave to come so quickly, we had to accelerate the timeline to vaccinate people. But vaccines were not ready.

I am hopeful that by early 2022, we would have reasonable number of doses to vaccinate the entire population. If a third wave comes before that?

Anything can happen. But the expectation is that the next wave to come in say, six months’ time. That is based also on the assumption that the variants won’t be new and they will not escape immunity.

But what you can plan for is to maximise the number of doses you can develop, and distribute them. But in the last 40 years, India did not invest in health infrastructure. They expected private players to play a major role, and we are paying the price for that.

The third flaw was not doing the vaccine negotiations earlier.

Yes, with both Serum Institute and Bharat Biotech are scaling up the production and two more vaccines coming to the market, things may look better by the end of the year.

The government made an optimistic statement that we could have 2.2 billion doses by August this year. I really don’t know how they are going to do that. If they can, hats off to them.

In the short term, the biggest problem I see is, opening up the vaccination for the younger people on the 1st of May when you have so little doses. They should have focussed on the people who were likely to die and continued to use all the doses on the vulnerable in a targeted and efficient manner.

Then, you also let private players purchase the vaccine at a higher price, and also the state governments. Won’t asking states to fend for themselves affect the vaccination program as rich states can buy more vaccine doses while the poorer states will not be able to?

Yes. You are not only asking states to buy the vaccines, but permitting private hospitals too.

All of this shows that you have given up your responsibility of social justice and equity.

We deal with ICU all the time. Out of the 100 patients in the ICU, there may be just five people who are vaccinated and all the others are unvaccinated. It shows vaccines do work against people getting seriously sick. So, we need to vaccinate all the vulnerable population first.

So, what the government should do is to use the vaccine judiciously, not just to prevent a third wave alone, but to stop the number of deaths happening in the interim. 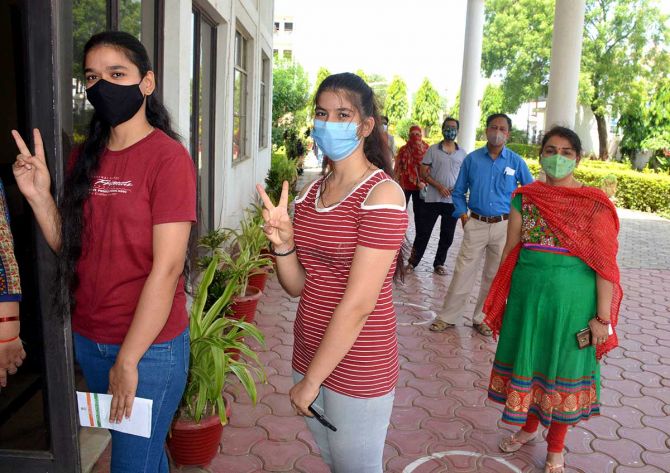 You mean, instead of opening up for the 18-44 age group, they should first vaccinate the entire 45 plus population because that also is a huge number?

Yes. But there are people with co-morbidities in the 18-44 age group also who desperately need the vaccine. You should open up for them too.

But you need to be very equitable about how you distribute the vaccine. Transparency is also as important as equitable distribution. We need to be fair about the way we do it.