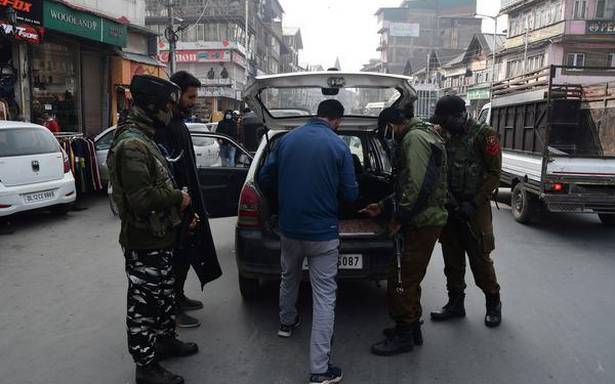 Of 148 militants killed till November 23, only 21 were foreigners, says CRPF

More than 80% of terrorists killed this year in the Kashmir Valley were locals, according to Central Reserve Police Force (CRPF) data.

CRPF is one of the largest central forces deployed in the Valley for counter-terrorism operations along with Jammu and Kashmir Police and the Army.

According to a CRPF official, till November 23 this year, as many as 148 terrorists have been killed, of which 127 were locals and 21 foreigners. In 2020, the number of terrorists killed in the Valley stood at 195.

The official added that 199 terrorists were active in the Valley.

“Out of the active terrorists, 110 are locals and 89 are foreigners,” he added.

Another official added that of the active terrorists, 97 were recruited to the fold of various terror groups such as The Resistance Front (TRF) this year. Police say TRF, which has claimed responsibility for the recent civilian killings in the Valley, is a front for Pakistan-based Lashkar-e-Taiba (LeT). As many as 178 men joined terror ranks in 2020, of which 121 were killed. The number of such recruitment in 2019 stood at 117.

J&K has been under Central rule since June 2018. In August, 2019, Parliament read down Article 370 of the Constitution that gave special status to J&K and downgraded and bifurcated the former State into two Union Territories of J&K and Ladakh.

CRPF has deployed around 65,000 personnel in J&K. The force has also enhanced the compensation to the next of kin of those killed in action.

CRPF has a strength of around 3 lakh personnel. This year 11 CRPF personnel have been killed in action-three in J&K and eight in areas affected by Left Wing Extremism (LWE).