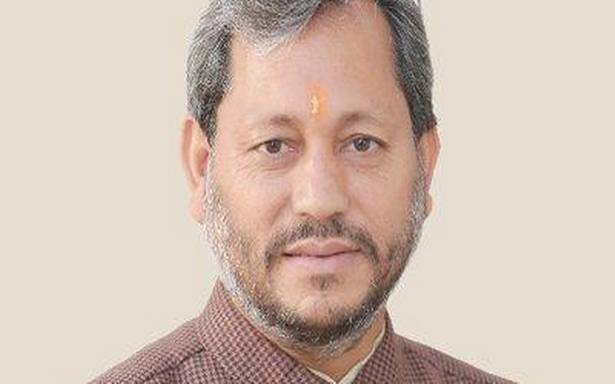 Uttarakhand Chief Minister Tirath Singh Rawat tendered his resignation to Governor Baby Rani Maurya late on Friday night, ending his tenure just four months after he took oath, and paved the way for the appointment of a third Chief Minister for the State this year.

With India registering highest quarterly merchandise exports of $95 billion during the first quarter (April-June) of 2021-22, the country is now eyeing a target of $400 billion merchandise exports in the current fiscal, Commerce and Industry Minister Piyush Goyal said on Friday.

Farm unions will hold nationwide protests against the hikes in fuel prices on July 8. Protestors will bring empty cooking gas cylinders and gather by roadsides without obstructing traffic from 10 a.m. to 12 noon, said the Samyukt Kisan Morcha (SKM), after a meeting at the Singhu border on Friday.

A French judge has been tasked with investigating the controversial 2016 multi-billion-dollar sale of Rafale fighter jets to India on "corruption" suspicions, the French national financial prosecutors’ office (PNF) said on Friday.

A drone was spotted over the Indian High Commission complex in Islamabad last week and Pakistan has been asked to investigate the incident and prevent recurrence of such “breach of security”, the Ministry of External Affairs (MEA) said on Friday.

A May 13 estimate, by one of India’s top officials overseeing the pandemic response, that India would have 216 crore doses of vaccines from August-December was based on an “optimistic, aspirational assessment” and based on what vaccine manufacturers had conveyed to the government.

The Education Ministry told a Parliamentary panel on education that it is still collating information from the States on learning losses caused by COVID-19 school closures and students’ access to digital education during the pandemic. At its meeting on Friday, the panel heard presentations on the use of satellite technology to bridge learning gaps instead, members said.

The Central Bureau of Investigation has arrested two Enforcement Directorate officials in Gujarat for allegedly demanding ₹75 lakh in bribe from the director of a private company that is facing a money laundering probe.

More than six million EU citizens have applied to stay in the U.K. after Brexit, the government said on Friday, nearly twice the number thought be living in Britain before it left the bloc.

Italy reached the Euro 2020 semi-finals with a 2-1 win over Belgium on Friday as first-half goals from Nicolo Barella and Lorenzo Insigne settled a thrilling encounter against the number one-ranked team in the world.

Spain’s Mikel Oyarzabal struck the winning penalty after Switzerland’s Ruben Vargas fired over the bar as Spain won 3-1 in a shootout following a 1-1 draw in their European Championship quarter-final in Saint Petersburg on Friday.