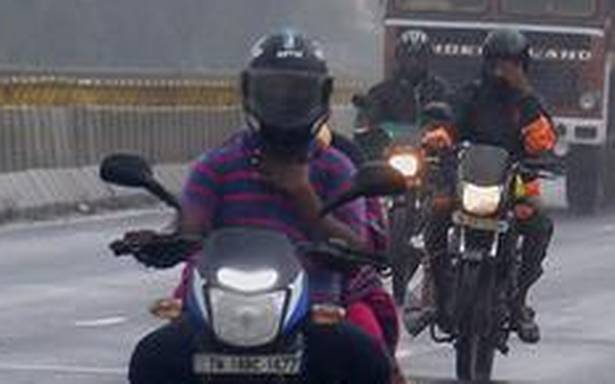 Parts of the north coastal districts are likely to experience moderate rain on Sunday, and rainfall may be heavy in some districts.

The State may see an increase in rainfall from Thursday, as a fresh weather system is expected to move towards Tamil Nadu’s coast.

The cyclonic circulation, a remnant of Friday’s depression, may influence scattered rain, including in Puducherry and Karaikal, on Sunday. Heavy rain may occur in one or two places over Salem, Namakkal and Kallakurichi on Sunday. Delta districts and seven others may record isolated heavy rain on Monday.

N. Puviarasan, director, Area Cyclone Warning Centre, said there may be an increase in rainfall over the State after Thursday. A cyclonic circulation is likely to move from the south of the Bay of Bengal towards Tamil Nadu’s coast, around Friday or Saturday.

Chennai may experience thunderstorms, with light to moderate rain, in some areas, and a maximum temperature of 30 degrees Celsius on Sunday. Thunderstorms are common during the northeast monsoon due to temperature differences between the sea and land. They occur during early morning hours, when warm air from the sea interacts with cool land breeze. Sea surface temperatures are generally higher now, he said.

Many weather stations in north Tamil Nadu recorded mild rain of up to 1 cm on Saturday, till 5.30 p.m. During the past 24 hours, ending 8.30 a.m. on Saturday, Tirupuvanam in Sivaganga district and Jamunamarathur in Tiruvannamalai district received 7 cm, the day’s highest amount of rainfall in the State.

The back-to-back weather systems have brought copious rain to the State. Tamil Nadu has so far recorded an overall 52 cm of rainfall — 68% excess than its normal since October 1.

Many waterbodies in and around Chennai are already full.

In Tiruvallur district, 404 of the 574 tanks, under the maintenance of the Water Resources Department, have touched 100% capacity. Among the 909 tanks in Kancheepuram and Chengalpattu districts, nearly 818 tanks were full as on Saturday.