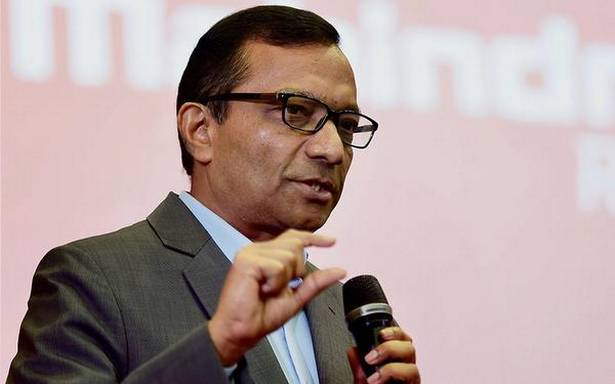 This was on account of the liquidity crisis bogging the sector down and lack of demand from the market.

Muted demand in rural India coupled with the NBFC crisis led to a tight liquidity situation, resulting in a fall in demand for tractors and automobiles in general, the firm said. “After seven successive quarters of growth, the domestic automotive industry witnessed a reversal in Q4, mainly due to negative growth of 2% and 5.9% in passenger vehicles and commercial vehicles, respectively. Despite such headwinds, M&M successfully weathered these challenges. The launch of XUV 300, Marazzo and Alturas G4 helped to maintain growth in the utility vehicles segment,” said Pawan Goenka, MD, M&M. During the quarter, the company reported a total income of ₹14,272 crore compared with ₹13,479 crore, up about 6% from the year-earlier period.

The board has recommended a dividend of ₹8.50 (170%) per equity share. The board has also approved, subject to regulatory approvals, the merger and absorption of Mahindra Vehicle Manufacturers Ltd. (MVML), its 100% subsidiary, into itself effective April 1, 2019.

M&M and MVML reported a 16% decline in profit after tax after exceptional items to ₹969 crore for the Q4 as against ₹1,155 crore. Revenue during the period increased 5% to ₹14,055 crore.

For the fiscal, M&M and MVML jointly reported 17% growth in profit after tax after exceptional items to ₹5,401 crore versus ₹4,623 crore in the previous year. Revenue and other income rose 12% to ₹54,478 crore.