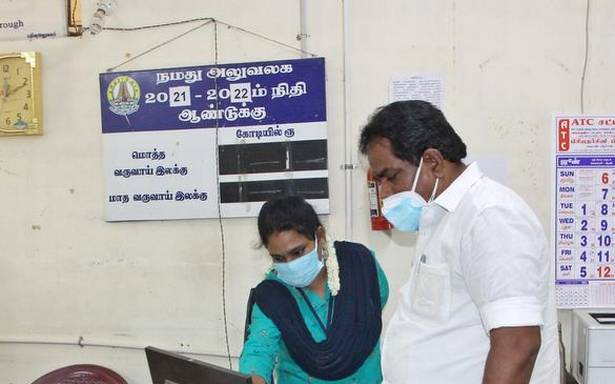 Addressing the mediapersons after inspection, the Minister said that steps were taken in sub-registrar offices to ensure compliance to physical distancing norms.

He instructed the officials to expedite the completion of registration process without causing much delay to the public.

The Minister directed the officials to introduce a token system at the sub registrar offices to avoid crowding. The public should be called through loudspeakers and an electronic board displaying the name and slot allotted for each person would be placed in front of the sub-registrar offices.

He warned that strict action will be taken against those who are involved in corruption. A circular mentioning all these details will be sent to all the sub-registrar offices, he added.