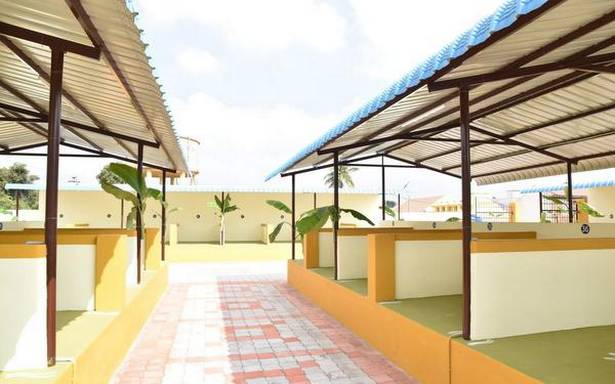 Minister for Information and Publicity M.P. Saminathan on Wednesday inaugurated several projects to the tune of ₹ 7.92 crore in Palladam Municipality and Pongalur Panchayat Union in Tiruppur district.

Under the Kalaignar Urban Development Scheme, he inaugurated works to construct facilities for an upcoming park in Ward No. 12 such as compound wall, pathway, toilets and CCTV cameras. At the Government Hospital in Palladam, the Minister inaugurated the construction works for a building under the Deendayal Antyodaya Yojana-National Urban Livelihoods Mission to provide accommodation for the attenders of patients, the release said. District Collector S. Vineeth, Project Director of District Rural Development Agency A. Lakshmanan and local body officials were present.