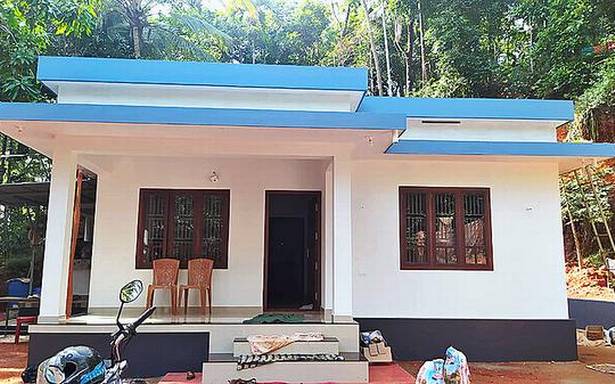 It was built with financial support of Kerala Police Association

Minister for Excise and Labour T.P. Ramakrishnan on Monday handed over the key to a newly constructed house to a flood-hit family at Thiruvallur in Kozhikode Rural police district limit. The house was constructed with the financial support of the Kerala Police Association (KPA).

Project coordinators said the KPA with the cooperation of the Kerala Police Officers Association (KPOA) mobilised about ₹8 lakh for building the dream home of the poor family in the village. Though it was a small home, it was completed with all the required amenities, they said.

KPA functionaries said there were many similar houses constructed in the limits of Payyoli, Koyilandy and Thamarassery police station limits for poor families.

Apart from the support of KPA and KPOA, the Police Cooperative Society had undertaken similar activities and built over 23 such houses across the State, they said.

A KPA leader said the latest project was also a reply to those who used to criticise the force for ‘heartless’ actions.

District Police Chief (Kozhikode Rural) A. Sreenivas and district-level office-bearers of both the KPA and KPOA were present at the key handing over ceremony. The project was completed in six months.