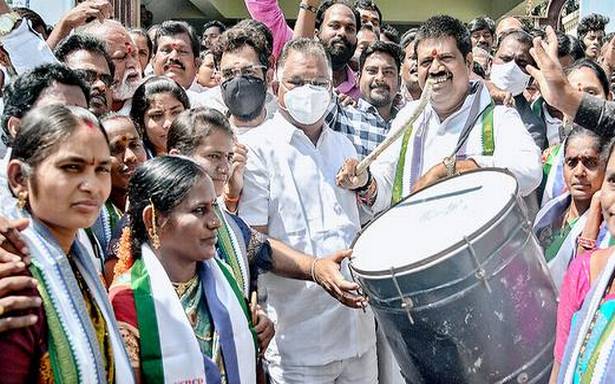 He hopes party will continue its winning streak in civic polls

Minister for Tourism, Culture and Youth Affairs Muttamsetti Srinivasa Rao beat the drum and congratulated the Sarpanch candidates, backed by the YSR Congress Party(YSRCP), who won the gram panchayat polls at Bheemunipatnam here on Monday.

The party-backed candidates bagged 95% seats in Padmanabham mandal and 90% in Anandapuram mandal, he said.

Mr. Srinivasa Rao predicted that the YSRCP would continue its winning streak in the forthcoming elections to municipalities and municipal corporations.

He said that Mr. Naidu was unable to accept defeat and was making allegations against the election officials and the police.