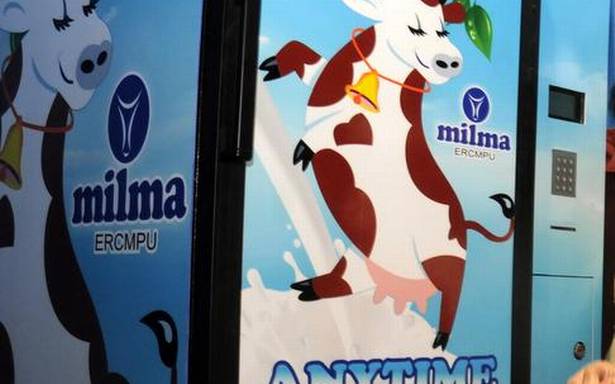 Dosa batter, vitamin-fortified milk too on offer from Milma stable

Milk and milk products from Milma will be available for online purchase in about two months. Sources in the apex dairy cooperative say that online sales are first expected to open in the Thiruvananthapuram region in July. The facility will be available in the Ernakulam region after that.

A private agency has been engaged by the milk cooperative to develop the software for the purpose and the home delivery part will not be directly handled by Milma. Along with milk and milk products, breakfast requirements like dosa and idly batter too can be booked online.

Milk fortified with vitamins A and D from the Milma stable will be available from Thursday from the Ernakulam, Kottayam, Thrissur and Kattappana dairies in newly designed packets, said a press release here.

The fortified milk will not be charged extra and will sell at the current rates. The Union Health Department has reported that about 60 per cent of the Indian population were Vitamin D deficient and 50 per cent of the population suffered from Vitamin A deficiency.

Milma’s new venture on fortified milk has been undertaken under these circumstances, the press release said. The Food Safety and Standards Authority of India, National Dairy Development Board, India Nutrition Initiative and Tata Trust have collaborated in making available the fortified milk. Meanwhile, the Ernakulam Region Milk Cooperative has approved a ₹694-crore budget for the financial year 2019-20. The union expects a surplus of ₹11.33 crore during the year.

The regional union’s milk sales have stayed healthy. A total of 3.3 lakh litres of milk is procured locally and 3.5 lakh litres is sold on a daily basis in the Ernakulam region.