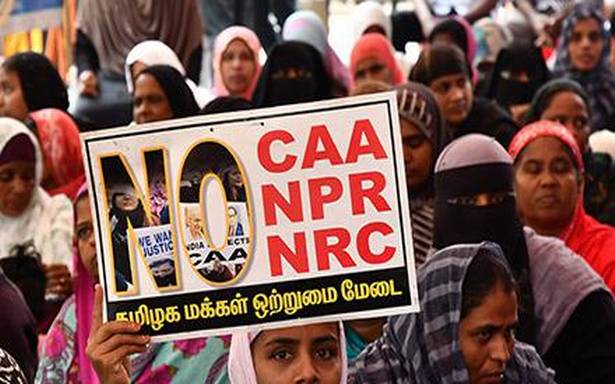 Without the rules being framed, the Act cannot be implemented

The Ministry of Home Affairs (MHA) has sought another extension from parliamentary committees in the Rajya Sabha and the Lok Sabha to frame the rules of the Citizenship (Amendment) Act (CAA), 2019, a senior government official said on Monday.

The Hindu reported on January 10 that the third and the latest extension expired on January 9 but the Ministry did not notify the rules.

An official in the Rajya Sabha confirmed that the Ministry had made a request but no decision had been taken yet to grant the extension as the Chairman of the Committee on Subordinate Legislation- Partap Singh Bajwa was travelling due to Punjab elections.

The MHA has to make separate requests to the two committees.

Earlier, it had had sought time till April 9, 2021, and then July 9, 2021 from the committees to notify the rules, which are to be published in the Gazette of India.

As per the Manual on Parliamentary Work, in case the Ministries/Departments are not able to frame the rules within the prescribed period of six months after a legislation is passed, “they should seek extension of time from the Committee on Subordinate Legislation stating reasons for such extension” which cannot be more than three months at a time.

However, last time the extension was granted for six months.

The CAA was passed by Parliament on December 11, 2019, and it received assent from the President on December 12. In January, 2020, the Ministry notified that the Act will come into force from January 10, 2020.

The CAA provides citizenship on the basis of religion to six undocumented non-Muslim communities from Pakistan, Afghanistan and Bangladesh who entered India on or before December 31, 2014. It exempts the members of the six communities from any criminal case under Foreigners Act, 1946 and Passport Act, 1920 if they entered India before December 31, 2014.