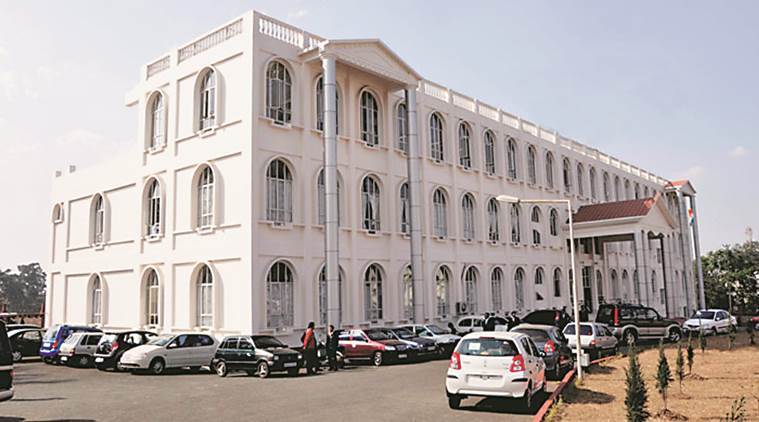 Justice Sen had also called the process of updating the National Register of Citizens (NRC) in Assam “defective as many foreigners become Indians and original Indians are left out which is very sad”. In December 2018, the single bench of Justice S R Sen in the Meghalaya High Court had observed that Pakistan had declared itself an Islamic country and India should have also been declared a Hindu country but “remained a secular country”.

Justice Sen also quoted a book, My People Uprooted: The Exodus of Hindus from East Pakistan and Bangladesh, authored by Meghalaya Governor Tathagata Roy and stated that he is “confident that only this Government under Shri Narendra Modiji will understand the gravity, and will do the needful.”

Justice Sen, now retired, on December 10 last year while disposing a petition regarding the grant of a domicile certificate had observed that the Centre should bring a law to allow non-Muslim and tribal communities like Khasis from Pakistan, Bangladesh and Afghanistan to live in India without any cut-off year and be given citizenship without any question or production of document.

Justice Sen had also called the process of updating the National Register of Citizens (NRC) in Assam “defective as many foreigners become Indians and original Indians are left out which is very sad”.

He had also dwelt on themes of citizenship since he felt that while hearing a case of domicile certificate, he will “fail in his duty” if he does not “project the original India and its partition”.

Within days of his order, Justice Sen had issued a clarification saying that does not “belong to any political party” nor did he have “any dream to get any political berth after my retirement and neither is my judgement politically motivated or influenced by any party”.

On Friday, the division bench set aside Justice Sen’s order “in its entirety”. “After bestowing our thoughtful consideration to the entire gamut of the matter we have reached to a firm conclusion that the judgment impugned dated 10.12.2018 is legally flawed and is in-consistent with the constitutional principles, the observations made and directions passed therein are totally superfluous, therefore, is set aside in its entirety, as such shall be non est,” stated the order.

“Learned Advocate General was right in contending that in exercise of writ jurisdiction even otherwise direction for any policy framing is impermissible. According to him, in effect, while referring to the different faiths, observations have been made to bring a law so as to safeguard the interest of Hindus, Sikhs, Jains, Buddhists, Christians, Parsis, Khasis and Garos who have already come to India and who are yet to come from Pakistan, Bangladesh and Afghanistan as well as persons of Indian origin who are residing abroad. These were not the issues at all and have a colour of offending secular colour of the country and the provisions of the Constitution of India.”