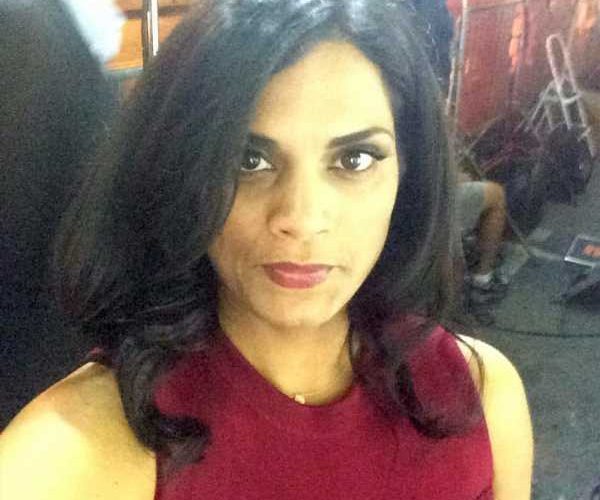 When Twitter permanently suspended the account of Donald Trump, the microblogging giant’s top lawyer, Indian-American Vijaya Gadde, was at the forefront of the unprecedented decision following the attempted insurrection of the US Capitol by supporters of the outgoing president.

On Friday, Gadde tweeted that the account of Trump has been “permanently suspended from Twitter due to the risk of further violence”. At the time of suspension, Trump had 88.7 million followers and followed 51 people.

According to Gadde’s Twitter profile, prior to joining the California-based social media company in 2011, she was senior director of legal at US multinational corporation Juniper Networks. Previously, she worked for nearly a decade at Wilson Sonsini Goodrich & Rosati, a law firm based in California.

Gadde serves on the Board of Trustees of New York University Law School and the Board of Directors of Mercy Corps, a global humanitarian aid and development organisation, which partners with communities, corporations, and governments. She is also a co-founder of #Angels, an investment collective focused on funding diverse and ambitious founders pursuing bold ideas.

Gadde earned a Juris Doctor degree from New York University School of Law and a Bachelor of Science in industrial and labour relations from Cornell University.

She moved to the US with her parents as a baby and spent most of her childhood in Texas and New Jersey.

“In her free time, she can be found reading fiction or, more likely, chasing her toddler. She also enjoys travelling, cooking and hiking,” according to Gadde’s profile at Mercy Corps.

An October 2020 article in Politico said while Gadde keeps a fairly low profile outside Twitter, she “is known within the company for being close to the company’s CEO during Twitter’s highest-stakes moments”.

When Twitter chief Jack Dorsey met Trump in 2019, Gadde was in the Oval Office with them. She was at Dorsey’s side to meet the Tibetan spiritual leader, the Dalai Lama, in India, it said.

She had accompanied Dorsey to Washington to speak with legislators and meet with journalists. “Inside Twitter’s headquarters, Gadde and Dorsey work from spaces next door to each other,” the report said.

“I can’t imagine a world where Jack looks at her and says, ‘No.’,” it said, quoting a Twitter official.

A former Twitter official said, “When it comes to going to war, Jack is the president who gives the order. Vijaya is the chairman of the Joint Chiefs.”

The Politico article said the “war” between conservatives and Twitter is heating up, in part because of Gadde’s “unheralded influence” on the iconic social-media company.

It described Gadde as “the connected, liberal-leaning lawyer who has helped drive the company to more heavily regulate what users can say and post.”

“Gadde was a lead architect of the policy approach that led Twitter to clamp down on everyone from everyday harassers to the Proud Boys to President Donald Trump, and she’s been out front in defending it, arguing that the shift makes sense as corporate strategy,” the article said.

On Twitter’s decision to ban political ads, the article quoted her as saying, “This is the right thing to do for us as a company.”

According to the article, Gadde oversees about 350 people, working on “everything from handling disputed COVID-19 facts to pushing back on governments, including fighting a ban on the service in Turkey and litigating an ongoing six-year legal case in the US over whether Twitter can reveal details of government gag orders on its requests for users’ data.”

Gadde has “pushed for technical changes that allow the company to try sidestepping blunt-force bans and blocks, like attaching warning labels to offensive tweets and limiting retweets to stop the spread of bad information.”