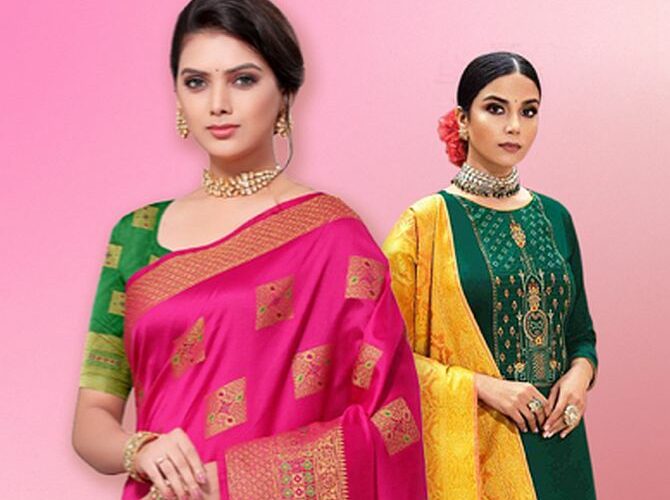 Meesho has emerged as the second-largest player by order share in this year’s festive sales till now,  surpassing Amazon, while Flipkart Group platforms topped the market in both orders and gross merchandise value (GMV), according to according to a report by consultancy firm Redseer. It said Flipkart Group maintained its leadership position with a 62 per cent market share in terms of GMV during the first week of the festive season, followed by Amazon which had 26 per cent share, while the remaining 12 per cent was distributed among other e-commerce players.

In terms of order volume, Flipkart Group again leads the market with about 49 per cent share and SoftBank-backed Meesho ranks second with about 21 per cent order share, according to Redseer.

It said Amazon is at the third spot in terms of order volume but didn’t reveal the percentage.

GMV is the total value of items sold, while order volume is the number of orders.

“In terms of order volumes, Meesho, with its low AOV (average order value) and high penetration in Tier-2 cities, emerged as the second largest player capturing about 21 per cent of the market share while Flipkart Group leads here as well,” added Kothari.

They are competing with each other to capture a share of the $45-50 billion e-commerce market, which is expected to grow to $350 billion by 2030.

Redseer came up with these insights by analysing the data of the first week of the festive sale between September 22-30.

While as Flipkart’s said it achieved a significant milestone of over 1 billion customer visits on its platform during the e-commerce firm’s 8-day long festive sale event ‘The Big Billion Days’ (TBBD) hosted between September 23-30.

On the other hand, Meesho recently posted its best festive sale performance during its flagship ‘Meesho Mega Blockbuster Sale’ that was live from September 23 to September 27, 2022.

The firm said it witnessed a 68 per cent year-on-year spike in the five-day mega sales was its biggest festive sale performance so far.

Customers placed a record of about 33.4 million orders during the mega sale with nearly 60 per cent of all orders coming from tier 4+ cities.

Redseer said that Flipkart and Amazon fulfil the majority of the orders through their own captive arms like eKart and ATS.

However, in the online retail market 40-50 per cent of the total orders were fulfilled through 3rd party logistics players, according to Redseer.

On the back of high demand, 3PL logistics players added a workforce in Tier 2+ cities to fulfil the expectation of the platform in a seamless way.

Redseer said with 100 per cent of orders fulfilled through 3PL logistics players like Ecom Express, Delhivery and Xpressbee,  Meesho stands as the largest contributor for these 3PL players.

“We are delighted by the wonderful customer response to the Amazon Great Indian Festival 2022, with our first 12 days receiving the highest-ever orders.

“We cannot comment on speculative reports without robust and transparent methodology especially as these have not been shared with us,” said Amazon on Thursday about the Redseer report.

“We witnessed the highest-ever start to the event in the first 48 hours, with 8X sales as compared to the average business days.

“This response is reflected across all categories and we have overall seen a substantial increase in visitors vs 2021.

“Our seller community received significantly more orders compared to last year and are humbled by the response from customers.”

With the conclusion of Festive Sale 1, the online retail platforms have seen a robust 27 per cent year-over-year growth, clocking a sale of $ 5.7 billion ( Rs 40,000 crore), according to the report by Redseer.

While this was 97 per cent of the $5.9 billion that Redseer had projected for Festive Sale Week 1, the growth was higher than last year, according to Redseer.

The Festive Sale week 1 included sale events conducted by all online retail platforms between September 22 to 30.

And for platforms that did not run a sale during any of these dates, the report had considered BAU (business as usual) order volumes.

“Mobile as a category continued to lead GMV share, contributing to 41 per cent of the GMV, translating to 56,000 mobiles sold per hour,” said Ujjwal Chaudhry, partner, Redseer Strategy Consultants.

“On the other hand, fashion contributed to 20 per cent of GMV, which grew 48 per cent year-over-year from last festive.”

When compared to BAU, mobile saw the highest growth at about 7X while electronics and large appliances saw about 5X growth, fashion at 3X growth, and other categories at 2X growth.

In terms of transacting shoppers, the number increased by 24 per cent year-over-year with 65 per cent of shoppers coming from Tier 2+ cities.

About 75-80 million shoppers placed orders across all platforms in Festive Sale Week 1.

Moreover, the spending per online shopper increased marginally by 3 per cent during the recently concluded festive week.

The growth in shoppers partially comes from the vast catalogue the e-tailers have been able to offer, financial constructs that aid affordability and tech innovations (like live commerce) that continue to drive adoption and excitement.

E-commerce retailers led by Amazon and Flipkart are expected to garner sales worth $11.8 billion this festive season, comfortably more than double the pre-pandemic figure of $5 billion in 2019, according to Redseer.