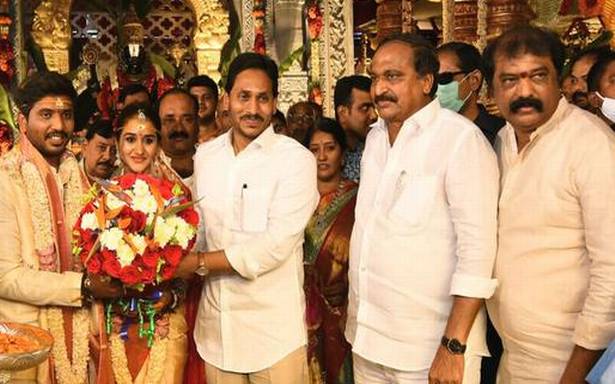 Kurnool Mayor B.Y. Ramaiah on Wednesday requested Chief Minister Y.S. Jagan Mohan Reddy, who was here to attend a wedding, to sanction a permanent drinking water project for the city to which the CM reacted positively and asked District Collector P. Koteswara Rao to get a project report prepared as early as possible and send it to him.

Mr. Jagan Mohan Reddy had come to the district to attend the wedding of Panyam MLA Katasani Ram Bhupal Reddy’s son Siva Narasimha Reddy. The Chief Minister arrived in a special helicopter from Orvakal Airport to Montessori High School at Panchalingala and proceeded to the marriage venue.

While leaving for Gannavaram, the Mayor made the request to the Chief Minister. The Mayor said if the project was implemented it would permanently solve the drinking water needs of the city.