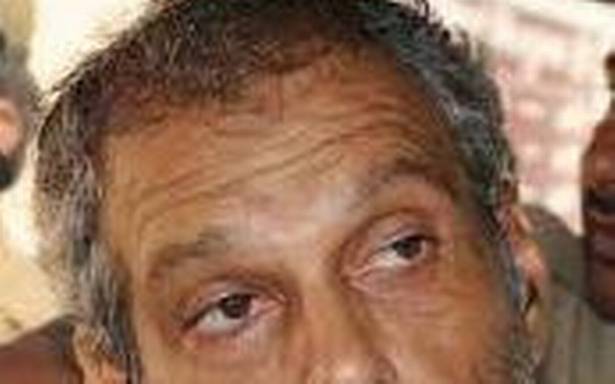 The move was announced through a letter dated November 27, by the party’s spokesperson Abhay.

The banned CPI (Maoist) has expelled its politburo member and former member of the Central Committee Kobad Ghandy, for allegedly indulging in anti-party activities and abandoning the Maoist ideology.

This was announced through a letter dated November 27, by the party’s spokesperson Abhay.

The Maoist party accused him of projecting the movement in bad light in the book ‘Fractured Freedom – A Prison Memoir’, which was penned by Mr. Ghandy, after his release from prison in 2019.

They pointed out that the 70-year-old Ghandy was being expelled for abandoning the key tenets of “Marxism-Leninism-Maoist ideology” and adopting the bourgeois philosophy of “idealism, happiness and spiritualism.”

They also announced they would give a fitting reply to all the comments and observations made in the book, shortly.

Born in an affluent Parsi family in Mumbai, Mr. Ghandy, a qualified finance professional who had a brief stint in a multi-national company joined the movement in late 1970s. He was made a member of the Central Committee in 1981 in the then Communist Party of India (Marxist-Lennist) People’s War, which was founded by Kondapalli Seetharamaiah. He played a key role in the merger of the People’s War and MCCI (Maoist Communist Centre of India) to form the present party the CPI (Maoist) in September 2004. He was in-charge of the party’s English propaganda cell and reportedly participated in a meeting in 2005 with the Nepalese Maoist leader Prachanda.

The Maoist spokesperson, pointed out that Mr. Ghandy was wrong in saying that the movement has failed in reaching its target and there is no happiness and freedom in the Marxist way of life.

Abhay also accused Mr. Ghandy of siding with the ruling class by not explaining the philosophy of MLM in the right perspective.

“He [Ghandy] neither contacted us after his release from jail in 2019 nor discussed with us about the content of the book and intentions of writing a book. This by itself violates the principles of the party. And it is wrong on his part to level allegations against the party, after being part of it for over 40 years,” explained Abhay.

He was arrested in New Delhi in 2009 and was released in 2019. He had spent a major part of his prison term in Visakhapatnam Central Jail.

The Maoist also took objection to Mr. Ghandy writing that he had a good life in jail and had friendly contacts with the criminals and the jail authorities. “It is a shame that he had praised the criminal gangs and the jail authorities, in his book. We also condemn his allegations that the Maoist have close contacts with various mafia,” said Abhay.