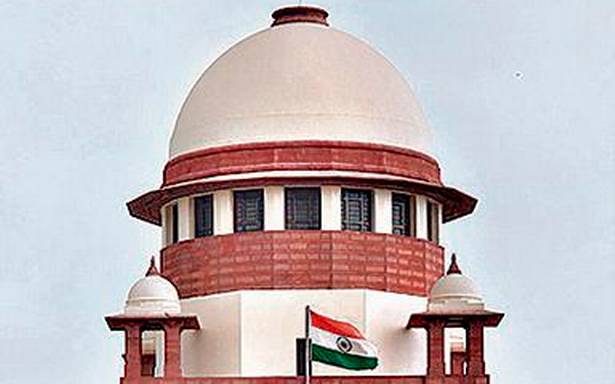 The Manipur government on Friday sought an adjournment in the hearing of a plea for compensation filed by the father of Erendro Leichombam, who was detained earlier this year under the National Security Act (NSA). An activist, Mr. Leichombam was detained for two months for his Facebook posts questioning the efficacy of cow dung and cow urine as a cure for COVID-19 in the context of the death of a BJP leader due to the virus.

A Bench led by Justice D.Y. Chandrachud, while orally remarking about the inconvenience suffered by advocate Shadan Farasat, the petitioner’s lawyer, who was made to wait for the case only for the government side to seek adjournment, scheduled the next hearing on October 5.

Mr. Leichombam was released from custody in July after the apex court had made it clear that he should not spend another night in prison.

The court had agreed to examine the issue of compensation, saying “somebody lost their liberty for over two months… It is a serious matter”. However, Solicitor General Tushar Mehta, appearing for the State, had urged for quietus in the issue.

Mr. Mehta had said the activist was released immediately after the apex court order.

While the court said whether or not to ask compensation was upto the petitioner, the latter did not relent. Mr. Farasat had argued that the government was increasingly using preventive detention provisions in cases in which even ordinary penal sections did not apply.

He had submitted that the Facebook posts were criticism against the advocacy of cow dung and urine as a cure. He said stringent NSA provisions were slapped on the activist to chill his right to free speech.