Plans are underway to stage a play titled ‘Keidoubagi Kidoino’ (There is no need to fear) directed by Sangeet Natak Akademi award winner Sougrakpam Hemanta to dispel misinformation on the virus. 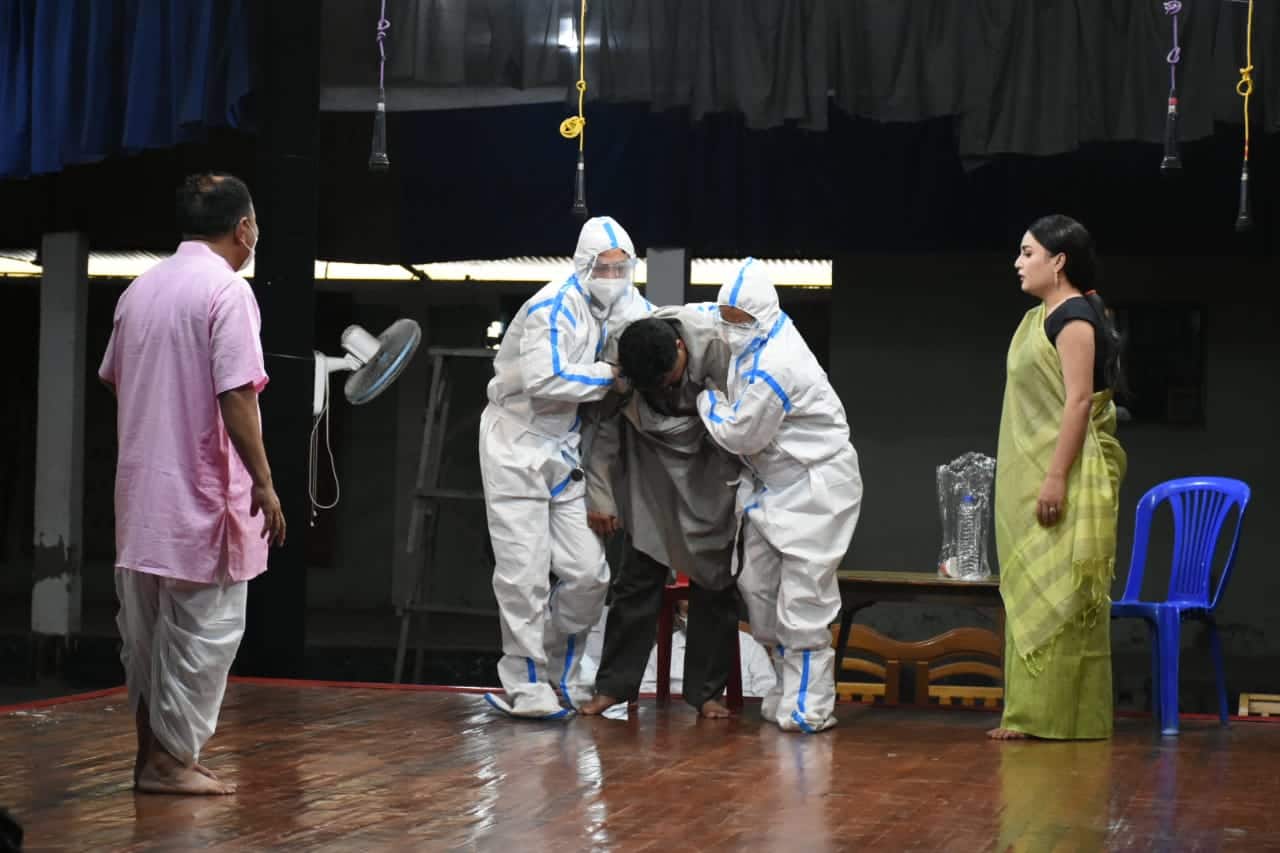 The Manipur government plans to use the popular ‘Shumang Leela’ form of theatre to reach out to people and spread awareness against Covid-19. Plans are underway to stage a play titled ‘Keidoubagi Kidoino’ (There is no need to fear) directed by Sangeet Natak Akademi award winner Sougrakpam Hemanta to dispel misinformation on the virus.

Balkrishna, Director of Information & Public Relations (IPR), said the play is produced by his department under the advice of Chief Minister N. Biren Singh.

Ranjit Ningthouja is the scriptwriter while Padmashri award winner and chairman of Academic Sub-Committee Manipur State Shumang Leela Council (MSSLC) Wareppa Naba is associated with the project as a consultant.

“The initiative is a collaboration of IPR, Health and Shumang Leela Council. While the IPR takes care of the productions, the health department and Leela Council fine-tune the script,” said Balkrishna.

A full rehearsal of the play was held last Tuesday at the Shumang Leela Shanglen, Imphal and the show will have its premiere soon.

“We are hoping to have the premiere by July 11 at the Shumang leela Shangle. Following this, the play will be telecast through various digital media and also TV channels for free,” said Balkrishna.

The IPR director added that the play will perform the role of infotainment as it tries to use art to give out an important message.

Director Hemanta said that the play will try to clarify concepts around Covid-19 and also highlight the initiatives undertaken by the government to combat the second wave of the pandemic.

“Our aim is to dispel the misconceptions surrounding the diseases and subsequent measures taken up by the authority. We want to inform the public that there is no need to fear when several measures are being taken up for the safety of the people,” said Hemanta.

‘Shumang’ means courtyard and ‘Leela’ means play. This form of theatre is performed in an open courtyard with spectators all around. All the characters, including women, are played by male actors.

Earliest official records of ‘Shumang Leela’ performances in Manipur date back to 1918. However, the form is much older and is believed to have existed during the reign of King Chandrakriti (1851-1886). Even today, the theatre form remains a popular medium to spread awareness on social issues.

Manipur still has 6,231 active cases and a positivity rate of 9.9 per cent, which is higher than the national average of 2.11 per cent. On Monday, an expert team dispatched by the Centre stated that a “general fatigue in following appropriate Covid-19 behaviour” could be contributing to the rise in new infections in the state.

“Since there are a few confirmed cases due to the Delta variant, we are stressing on the importance of generating awareness. However, many people refuse to get tested despite showing symptoms and don’t get medical attention in time,” he said.