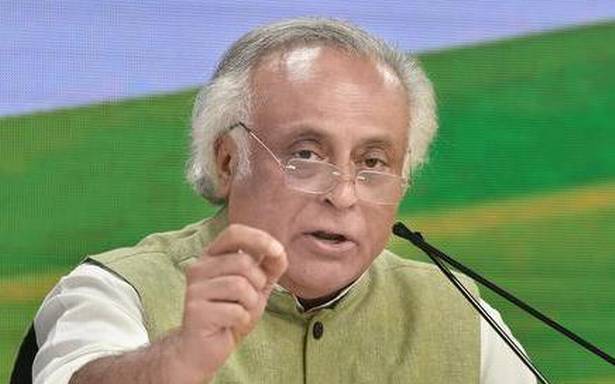 The Centre has allocated 1,97,000 more bags than the State’s total urea requirement

Senior Congress leader Jairam Ramesh has said the Bharatiya Janata Party-led Manipur government is diverting urea to the hills of the State for boosting poppy cultivation.

The All India Congress Committee had recently appointed Mr. Ramesh as the poll observer for Manipur, where Assembly election is less than a year away.

“Manipur is getting TWICE the supply of urea it needs and yet farmers complain of shortage! Why? Because urea is diverted to hill areas in Manipur, where poppy is being grown for opium in large areas in last 4 years. The State Govt is fully complicit in this,” the senior Congress leader and former Union Minister tweeted on Tuesday .

The Loumi Shimee Apunba Lup, a farmers’ organisation in Manipur’s Imphal Valley, had more than a week ago demanded a probe into the shortage of urea despite the State receiving more than its requirement.

While the Imphal Valley has 81,189 hectares of paddy fields, the area under cultivation in the hills around is 88,820 hectares but about 20,000 hectares of farmland are affected by various developmental projects.

According to the State’s Agriculture Department, a farmer in Manipur needs three bags of 45-kg urea per hectare of field annually. The total urea requirement thus works out to 2,43,000 bags.

According to a 2019 report by Ngamjahao Kipgen, who teaches Humanities and Social Sciences at the Indian Institute of Technology-Guwahati, the Manipur police’s Narcotics and Affairs of Border wing destroyed 6,300 kg of opium produced on a total of 630 acres in seven hill districts during January-February 2018. Churachandpur district led in opium production with at least 220 acres under poppy cultivation.

Interviews of farmers revealed that indebtedness, unemployment, poverty, lack of an alternative means of livelihood, children’s education and material needs made them take up poppy cultivation.

Security agencies in Manipur said the poppy cultivation was largely controlled by the extremist groups as it was their prime source of income.

The Manipur government trashed the allegation that it was promoting opium production by diverting the “excess” urea.

“Our Chief Minister [N. Biren Singh] had in February announced ₹10 lakh for Peh village in Ukhrul district in appreciation of their efforts to destroy poppy plantations. Is this promotion of opium,” a government spokesperson asked.