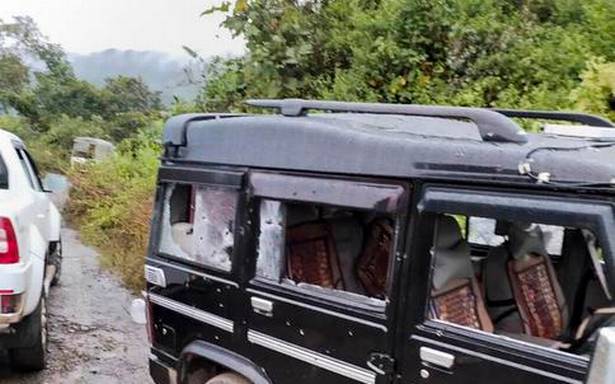 The members of PLA and MNPF were involved in the attack on the convoy of Assam Rifles’ Commanding Officer in Manipur in November last year.

The National Investigation Agency (NIA) has declared rewards, ranging from ₹4 lakh to ₹8 lakh a head, on 10 alleged members of the People’s Liberation Army and the Manipur Naga People’s Front (MNPF) in connection with the attack on the convoy of Assam Rifles’ Commanding Officer in Manipur on November 13, 2021.

The terrorists triggered an explosion and opened fire at the convey near Sialsih village on the Indo-Myanmar road in the Churachandpur district, resulting in the death of five Assam Rifles personnel, including Colonel Viplav Tripathi, his wife and their six-year-old son. Six personnel were also injured.

The accused operate under several aliases.