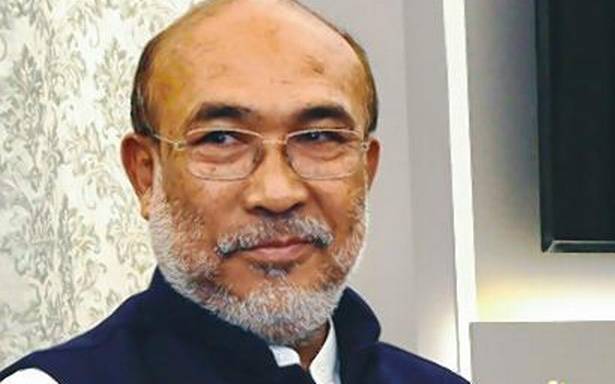 The State-wide agitations demanding justice for Athuan Abonmei, a social worker of the Zeliangrong tribe, came to end on Wednesday following an agreement signed between Chief Minister N. Biren and leaders of the Joint Action Committee formed to demand justice for him. Abonmei, who was attending a government function at Tamenglong on September 22, was abducted under the nose of the police and later murdered. Mr. Biren, who also holds Home portfolio, maintains that he was not informed on time, with the result that Abonmei could not be rescued.

Official reports point to agreements on six points. The National Investigation Agency (NIA) probe into the kidnap and murder of Abonmei shall continue. An officer not below the rank of Additional Chief Secretary shall investigate and hand over the findings to the NIA. Abonmei’s son will be given a position in the Police Department. An ex-gratia of ₹10 lakh will be paid to the bereaved family. A memorial stone will be erected for Abonmei. Police will extend cooperation. The dead body shall be claimed for performing the last rites.

Mr. Biren had only transferred the District Collector (DC) and Superintendent of Police in charge and this was not acceptable to the tribals and non-tribals organising State-wide agitations. On Wednesday, the Tousem Students’ Union and the Kuki Students’ Organisation, Jiribam and Tamenglong branches, said that if the DC and SP were not suspended, National Highways would be blocked by protesters, and construction work on national projects in tribal areas would be disrupted. There are reports of processions by tribal women in support of the demands of the tribal students.