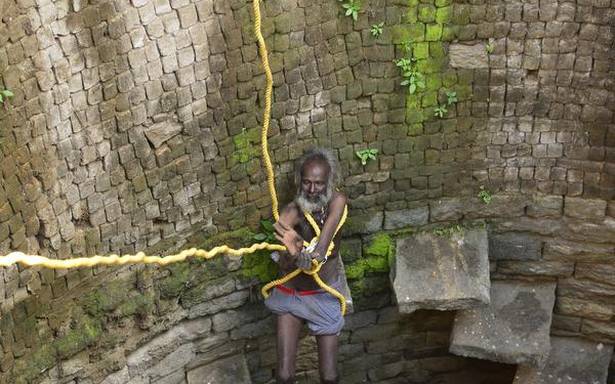 A man, identified as Kariya, was rescued from a well on K.R. Road in Bengaluru on August 26.

He had apparently climbed down the well but got stuck when he tried to climb back out. Personnel from the Fire and Emergency Services and the Police Department were called for help. Using ropes, they managed to lift him out.

Though he was successfully rescued, Kariya appeared to be in a state of shock once he was out. He could not explain how he had got into the well. He also refused to eat the food offered to him.