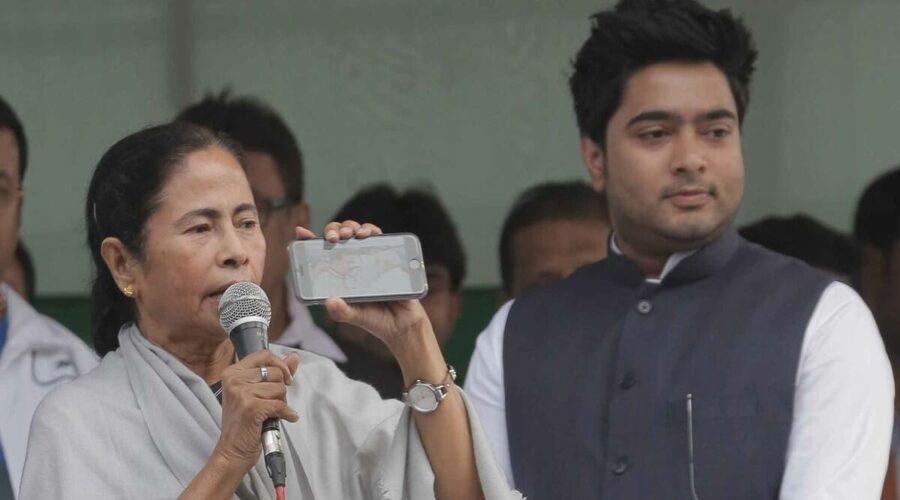 Abhishek shot to fame shortly before the assembly elections as the 33-year-old emerged as the undeclared No. 2 in the Trinamool Congress and the cause of heartburn for senior leaders, many of whom left the party. The young TMC leader was elevated to a position of greater responsibility at the party’s first organisational meeting since the resounding Assembly election victory last month.

Abhishek will be replacing Subrata Bakshi as the national general secretary.

“Our party chief Mamata Banerjee has nominated MP Abhishek Banerjee as the all India general secretary of the TMC,” Chatterjee said, following two crucial meetings earlier in the day.

Meanwhile, actor-turned-TMC leader Sayoni Ghosh has been made the youth wing president – a post earlier held by the MP.

Chatterjee also said that the working committee has decided that one person will be allowed to hold just one post in the party, and the core committee has duly given its approval. He added that no discussion was held on turncoats, who had quit the TMC to join the BJP ahead of the assembly polls, and were now willing to return to the party fold.

Abhishek shot to fame shortly before the assembly elections as the 33-year-old emerged as the undeclared No. 2 in the Trinamool Congress and the cause of heartburn for senior leaders, many of whom left the party.

The BJP, acknowledging that Abhishek is also Mamata’s soft spot, had made the “bhaipo (nephew)” one of the central targets of its campaign.

The son of Mamata’s brother Amit Banerjee, Abhishek was first seen by her side after the Trinamool ended the Left Front’s 34-year rule to come to power. Celebrated as a youth icon, the then 23-year-old was soon made the national president of the All India Trinamool Youth Congress. To bolster this image, Abhishek organises sports tournaments in his constituency every year.

Abhishek was picked as the MP for Diamond Harbour parliamentary constituency after it fell vacant following party MP Somen Mitra’s resignation due to differences with the party leadership. Abhishek won the seat at the age of 26 in 2014 joining the list of youngest parliamentarians.

Speculations had been rife that more youth leaders may be moved up the party hierarchy.

“Organisationally, Abhishek Banerjee may get more responsibility in state politics because in this Assembly election Abhishek was the main strategist after Mamata Banerjee and he got immense success. So, the party may give recognition of his leadership,” a senior TMC leader had earlier said.

“Many organisational changes may be seen at Saturday’s meeting as Didi has to accommodate more leaders who have not got ministries. So, Mamata Banerjee may introduce a ‘one leader, one post’ policy, and may remove the district presidents who are in the state Cabinet,” he added.