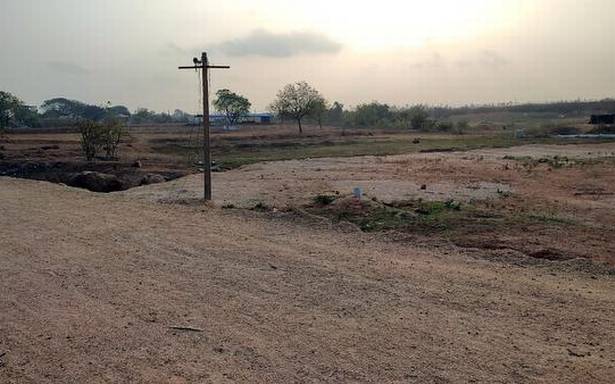 A promise made by officials about three years ago, at the time of acquiring houses and vacant lands in villages that would submerge under Mallannasagar, was that all those eligible will get houses or they can opt for house sites and the government will be extending an amount of ₹ 5.04 lakh for construction of a house.

Six months ago, in August 2021, about 11 tmcft of water was released into Mallannasagar. At the same time, all the oustees were forced to vacate the 14 villages, including hamlets, notwithstanding the fact that cases were pending in the High Court.

However, the allotment of houses sites has not been completed so far and the oustees are waiting for allotment as well as physical possession of the sites so that they can commence construction work. Few weeks ago, allotment letters were handed over to the residents of Pallepahad. However, they are yet to have physical possession of the sites. “We were given letters mentioning our plot numbers. Physical possession was not given while our leaders informed that the sites will be registered in our names and we can go ahead with construction. But the problem is, we cannot claim those house as ours till registration is completed and we cannot even avail bank loans as the sites are not in our names. Meanwhile, the amount given by the government for land acquisition and house construction is being spent on other requirements and we may have to take loans,” said an oustee from Pallepahad, on condition of anonymity.

In addition to this, resentment is brewing over allotment of houses and sites at prime locations to the influenced few while others are being allotted sites in the interiors. “Why not make allotments through lottery instead of according priority to only a few?” asked another oustee from Vemulaghat, adding that they will not be taking possession of the house sites till the entire amount of compensation is paid to remaining persons.

When contacted, Siddipet RDO K. Ananta Reddy said that they have handed over the plots to community elders and elected representatives and the process of giving them to beneficiaries will be completed in the next one week to 10 days.