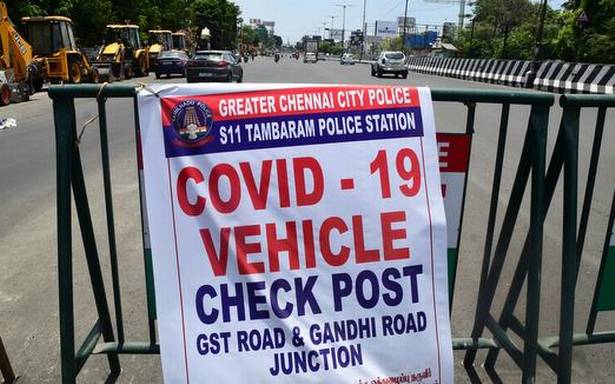 A public interest litigation petition has been filed in the Madras High Court seeking a direction to the State government to instruct its departments and undertakings to upload and update all government orders, instructions, memorandums and circulars related to COVID-19 and the consequent lockdown on the government’s website so that people do not have to rely upon unauthenticated information circulated on the social media.

Advocate B. Ramkumar Adityan of Thoothukudi has filed the case claiming that neither the government’s official website https://www.tn.gov.in/ nor the special website https://stopcorona.tn.gov.in/ contained all government orders and circulars issued by the Revenue and Disaster Management Department, the Police Department, the Tourism and Culture Department and a host of other government departments in connection with COVID-19.

He said, the official website contained a link to Government Orders of public interest issued by various departments but a look at that section proves that it had been months since many Departments had uploaded any government orders. During the pandemic, it was essential that every citizen was able to access all government orders, circulars and notifications regarding COVID-19 easily from one access point.

He also claimed that as of now, people are able to access GOs and circulars only through social media where the authenticity of the document being circulated is doubtful. He stressed the necessity for the government to provide an easy access point to these documents so that citizens could download them and scrupulously adhere to the regulations mentioned therein.

The same lawyer has filed another PIL petition seeking a direction to the government to pay one month’s salary to all police personnel in the State towards risk and hardship allowance since they were in the forefront in the fight against COVID-19 by risking their lives. He said, though the government had announced incentives for doctors and nurses, nothing much had been done with respect to police personnel.

He said one month’s salary must also be paid to sanitary workers and that a fixed cash assistance of ₹10,000 each must be given to journalists and employees of cinema theatres, marriage halls, auditoriums, clubs, salons, shopping complexes and big format shops which remain closed during the lockdown. The petitioner insisted upon paying cash assistance to electricians, carpenters, street vendors, private schoolteachers and so on.