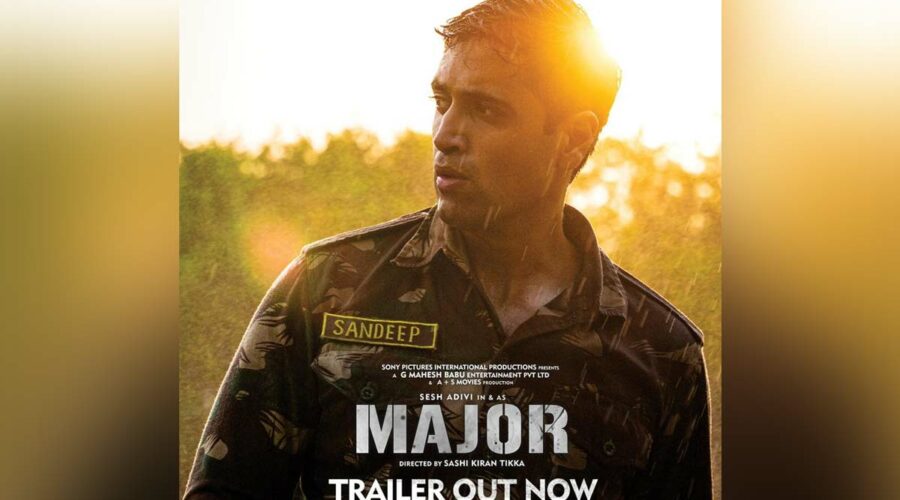 Major Trailer review: Adivi Sesh starrer Major is one of the much hyped movies that narrates the untold story of the 2008 Mumbai attacks brave heart Major Sandeep Unnikrishnan.  Salman Khan, Mahesh Babu, and Prithviraj Sukumaran came together to launch the  trailer of upcoming film  Major in Hindi, Telugu, and Malayalam respectively. The trailer launch event was held in Hyderabad on Monday.  Mahesh Babu wrote on Twitter: Proud to be bringing the story of one man who became the nation’s saviour in its darkest times.

The trailer is stunning and intriguing. It showcases both the emotions of Major Sandeep Unnikrishnan’s parents and the heroic activities of him. Prakash Raj and Revathi are playing the parents of the 26/11 brave soldier, who died fighting terrorists in the 2008 attacks in Mumbai.  It seems, the movie is loaded with action episodes.  Adivi Sesh in the gate up of  Major Sandeep looks perfect.

Coming on the trailer,  Adivi Sesh  is seen stepping it up and coming into his own as he fights terrorists and saves the lives.  The dialogues :” Jaan doonga desh nahi”, ” Don’t come up , I’ll handle them ” gives goosebumps. BGM is also highlighted.

Major also has  Saiee Manjrekar, Sobhita Dhulipala and Murali Sharma in the important roles and it  will be released in theaters on 3rd June.