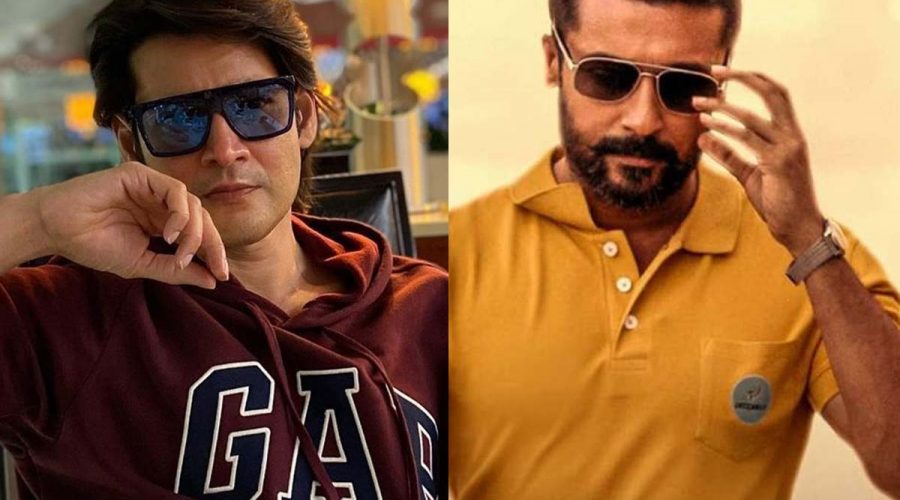 Few days ago,  Suirya came up with Soorarai Pottru (Aakaasam Nee Haddhu Ra) which was premiered on Amazon Prime Video.  The movie is receiving positive response from everywhere. Number of celebrities have already showered praises on it and now the name of Telugu superstar Mahesh Babu has also been added in this list.

Telugu actor Satyadev Kancharana has dubbed for Suriya in the Telugu version Soorarai Pottru.  He  is noted for his performance in films like ‘Kshanam’, ‘Jyothi Lakshmi’,  ‘Mana Oori Ramayanam’, ‘Bluff Master’ and ‘Brochevarevarura’.

Suriya starrer Soorarai Pottru is directed by Sudha Kongara and it is loosely based on the life of GR Gopinath, the founder of Air Deccan. Suriya is playing the role of  Nedumaaran Rajangam Maara, a common man who dreams of owning an aircraft business.  The film has Aparna Balamurali in the role of Suirya’ wife. It also has Paresh Rawal, Jackie Shroff, Urvashi, Karunas and Mohan Babu in crucial roles.

On the work front,  Mahesh Babu is all set to join the sets of Sarkaru Vaari Paata from January 2021.