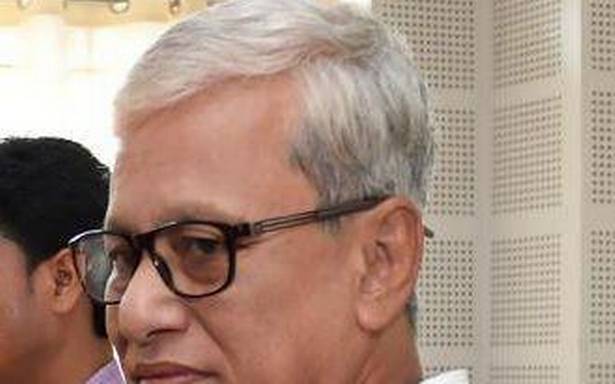 Tripura Government has alleged that certain vested interest groups are trying to ‘create anarchy and communal trouble’ by circulating fake information and morphed images over alleged atrocities on Muslims in the State. It expressed serious concern over the incidents in Maharashtra cities over the past two days and appealed to people to maintain peace at any cost.

Deputy Chief Minister Jishnu Debbarman convened a press conference on Saturday evening to speak about the current situation. He deliberately spoke in Hindi, apparently to address people across the country.

“Tripura has a glorious history of communal harmony and amity between Hindus and Muslims. Vested interest groups are trying to take advantage from fake and fabricated contents circulating on social media,” Mr. Debbarman who is a member of erstwhile princely State’s royal family told newsmen.

He highlighted old traditions of Tripura on interdependence, harmony and bondage between different communities and termed the violent incidents at Amravati, Malegaon and Nanded cities over the past two days ‘very unfortunate’.

The Deputy Chief Minister warned that the State Government was taking action as per law against all trouble mongers and urged people to maintain peace. He said there was an urgent need to remain alert as unscrupulous elements were trying to make a ‘backdoor entry’ to damage ‘our heritage and bondage’.

The State Government also issued a statement to refute the claim that a mosque at Kakraban in Gomati district in south Tripura was damaged. It assured that peace would be maintained at any cost.

The present tension originated during Viswa Hindu Parishad rallies organised across Tripura last month to protest attacks on Hindus during Durga Puja festival in neighbouring Bangladesh. Some places of worship, houses and shops were attacked at few places of the State.