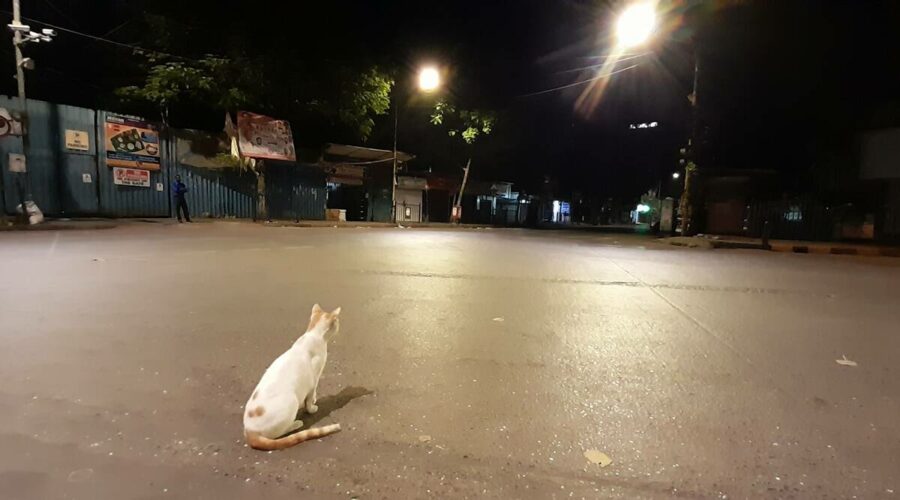 The new rules include a ban on gatherings of five or more throughout the day and malls, restaurants and bars will be open only for take-aways and parcels. The Maharashtra government on Sunday announced a slew of new restrictions, including a night curfew in the state from 8 pm to 7 am and a weekend lockdown from 8 pm on Friday to 7 am on Monday, amid an unprecedented surge in coronavirus cases.

“Apart from the weekend lockdown, strict restrictions will be in force from 8 pm tomorrow, under which shopping malls, bars, restaurants and other eateries will be open only for take-aways and parcels. Government offices will be allowed to function only at 50 per cent of their capacity and private ones have to move to the work-from-home model completely,” NCP minister Nawab Malik said. Malik said prohibitory orders issued under Section 144 will be in force throughout the day.

Giving out further details, Health Minister Rajesh Tope said flights, trains and buses will function normally, but have to ensure that there is no overcrowding. “Gymnasium, and indoor sports will be shut. Manufacturing sector, including oxygen-dependent industries, will have to reduce operations to divert oxygen towards hospitals. E-commerce operations will continue operations and housing societies with five or more Covid cases will be declared containment zones. Violations will lead to fines of up to Rs 10,000. Political rallies have also been banned,” Tope added. 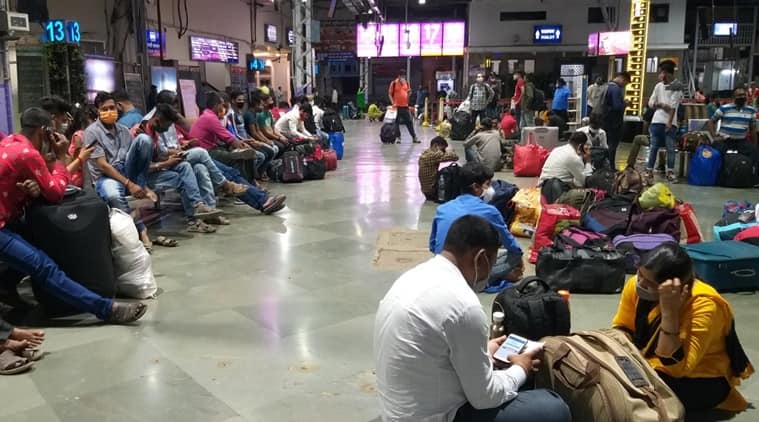 Theatres and drama complexes will be shut, while film and television shootings will continue if there is no crowding. Parks and playgrounds, religious places and salons and beauty parlours will also remain closed, the minister informed.

Explaining the reason behind a weekend lockdown, Tope said, “The idea behind having a complete shutdown is to keep everyone at home to break the chain. Our slogan is break the chain and stop the infection from spreading further.”

The new rules come into force from Monday.

Reacting to the new restrictions, Shivanand Shetty, president of the hotels and restaurants association, said, “Today is nothing but a black day for the industry as measures to fight the pandemic is turning out to be far more hard-hitting than the pandemic itself. With the new rules, the state government has hit the last nail in the coffin. The industry, which employs thousands of people, will not be able to survive this time. We will not be able to pay salaries, licence fees and meet operational expenses with mere home deliveries and takeaways. We fail to understand why hotels and restaurants are being targeted when there is no evidence to prove that Covid is spreading from there.”

Prime Minister Narendra Modi, during a review meeting on Sunday, has also asked central teams to visit Maharashtra and review the reasons for such a spike.

Chief Minister Uddhav Thackeray had called for a Cabinet meeting to discuss the coronavirus situation. Thackeray had already warned of strict restrictions if cases continued to rise in Maharashtra. The state, on Saturday, recorded 49,447 fresh infections – its highest one-day rise since the pandemic began last year. The total case load now stands at 29.53 lakh, of which 4.01 lakh are active cases. From 1.3 lakh on March 15, the number of active cases in the state have nearly tripled.

There were 277 deaths registered on Saturday, taking the total toll to 55,656 across the state.

On Friday, the chief minister had said that he would consult experts and political leaders before taking a decision on restrictions and lockdown. “We need to move forward with ‘life first and then work’. For this, some steps have to be taken. We can’t ignore the situation and will have to make all efforts to break the chain of infection,” Thackeray had said.