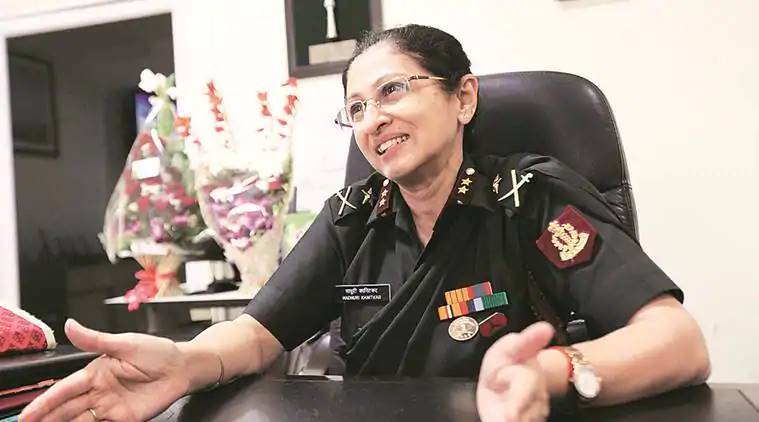 The Maj Gen Medical, Udhampur, entails being in charge of medical health and providing medical care of armed forces personnel in the Northern Command sector of Jammu and Kashmir and Ladakh. Major General Madhuri Kanitkar, who completed more than two years as dean of AFMC in Pune, took charge Friday as Major General Medical, Udhampur in charge of combat medical care for the Northern Command sector of Jammu and Kashmir and Ladakh.

The Northern Command is an operational command of the Indian Army engaged in counterinsurgency and counterterrorism operations in Jammu and Kashmir. She is also the third woman in the country and the first paediatrician from the armed forces who has been selected for the rank of Lieutenant General. Kanitkar had earlier told The Indian Express that she had been empanelled but the rank will be assumed only when the vacancy comes up at the end of the year.

The Maj Gen Medical, Udhampur, entails being in charge of medical health and providing medical care of armed forces personnel in the Northern Command sector of Jammu and Kashmir and Ladakh.

“The main aim would be to provide medical support to the armed forces personnel in the entire operational area. The ground exposure can help align the training and research to meet the needs of soldiers,” said a source.

Kanitkar had taken charge as the first woman dean of AFMC in Pune two years ago. She is also credited with setting up the first paediatric nephrology unit at the Army Medical Corps.

Meanwhile, at Armed Forces Medical College, Maj Gen Rajiv Gupta has become the dean and deputy commandant since May 23. He is an alumnus of the AFMC from the 1979 batch and is a microbiologist and virologist. Gupta was also a professor at the Department of Microbiology at AFMC and his special areas of research include molecular epidemiology and application of molecular diagnostic techniques to clinical infectious disease diagnosis.