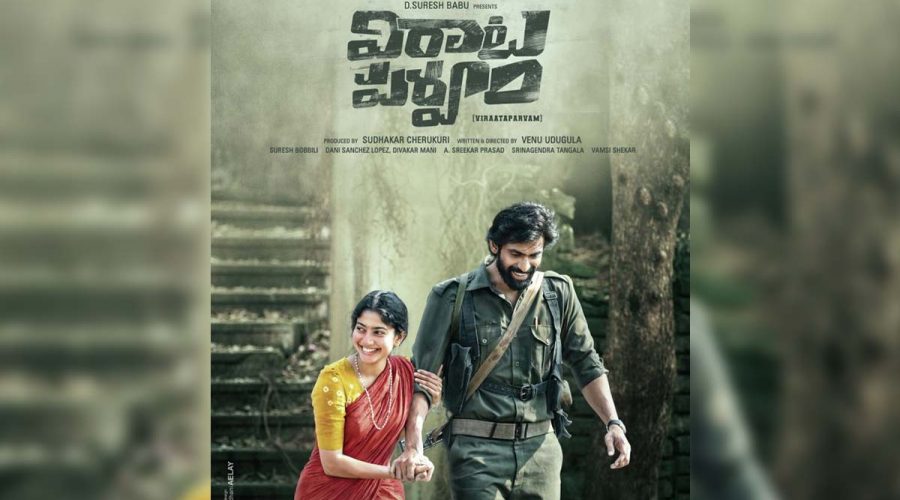 It is known news that this is the first time, Baahubali and Nene Raju Nene Mantri fame Rana Daggubati is working with Fidaa fame Sai Pallavi in an upcoming periodic drama Viraata Parvam. Today on the occasion of Sankranthi, the makers of Viraata Parvam released a new poster that featured the lead pair- Rana Daggubati with Sai pallavi.  Both looks lovely in this new poster.

The film Viraata Parvam, based on the Naxalite movement in the early 90s Telangana also has Priyamani, who is making a comeback in Tollywood with a  gap of 5 years.  Sai Pallavi got training with ex-top cadre Naxalites for this film  Viraata Parvam, which  is helmed by Venu Udugula.  Nivetha Thomas will be seen in the crucial role. Both Rana and Sai Pallavi will be seen as Naxals in this much hyped movie.

Meanwhile  Rana Daggubati is waiting for the release of Haathi Mere Saathi/ Aranya whereas Sai Pallavi will be seen playing the female lead in Naga Chaitanya starrer Love Story. She is also sharing the screen space with Natural Star Nani in Shyam Singha Rao.