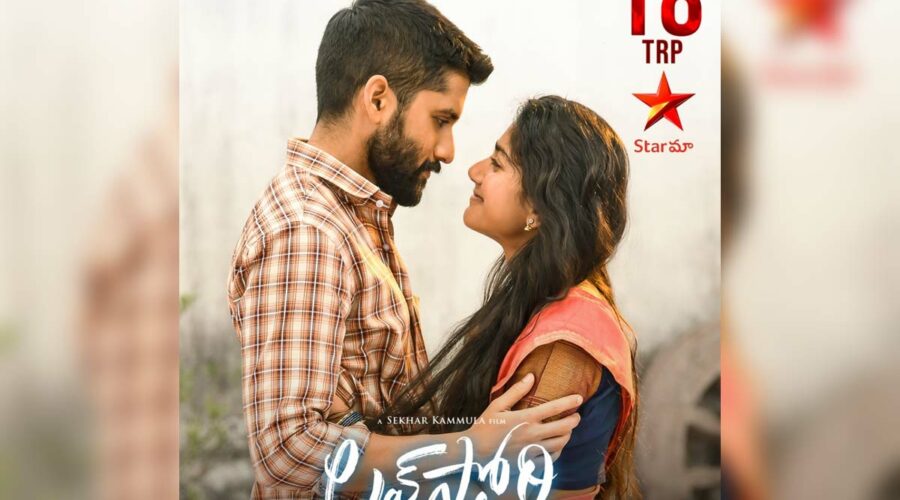 Love Story is a romantic Telugu movie  in which Akkineni Naga Chaitanya shared the screen space with Sai Pallavi. Now according to the latest report, Love  Story has   garnered a TRP rating of 18+ with its world television premiere on Star Maa.

Produced by Amigos Creations and Sree Venkateswara Cinemas, the film also starred Rajeev Kanakala, Devayani, Easwari Rao and Uttej  in the supporting roles.  It was the story of an inter-caste relationship between Revanth (Chaitanya) and Mounika (Pallavi) who meet in the city while pursuing their dreams. It was made on the budget of Rs 30 Cr and earned  Rs 68.55 Cr at the box office in its full run.

On the otherside, Naga Chaitanya is waiting for the release of Laal Singh Chaddha and Thank You whereas Sai Pallavi starrer Shyam Singha Roy is releasing tomorrow.