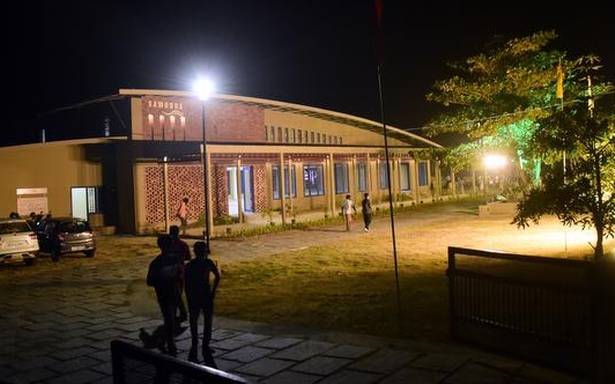 The long wait of coastal residents for a community hall ended on Saturday, when Finance Minister T.M. Thomas Isaac inaugurated ‘Samudra’, constructed at a cost of ₹2.26 crore on West Hill beach.

A. Pradeepkumar, MLA, who sanctioned funds for the project, said it was the first-of-its-kind project for fishermen in Kerala. The construction was completed by maintaining architectural excellence and with modern facilities, he said.

Fisheries Department officials said fishermen families were forced to depend on private auditoriums for conducting events and many of them could not afford such facilities. The engineers involved in the project said the auditorium could accommodate over 600 persons and had an open air stage, comfort station blocks, spacious parking area, and kitchen and dining hall.

Officials said the space would be allotted to fishermen at affordable rates for conducting private events. With government permission, the space could also be rented out to others, they said.