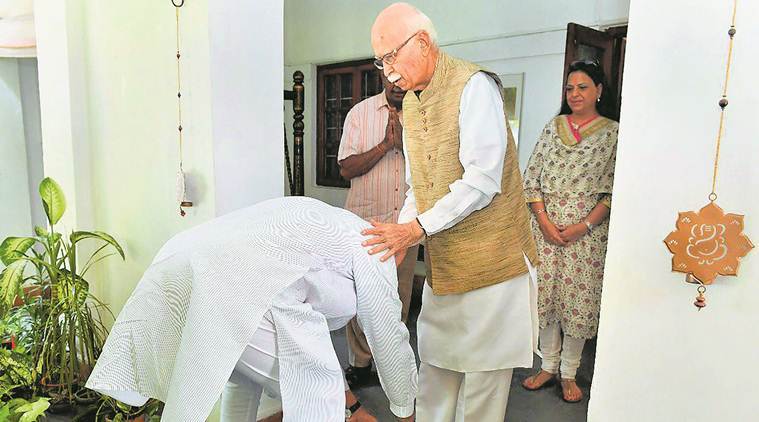 Lok Sabha Election 2019 results: Ruling party makes big gains in its vote share in key states while holding on to its support base in others. 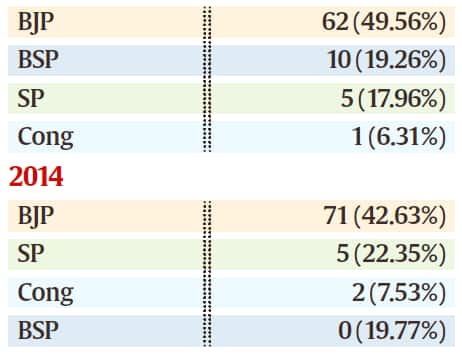 The DMK made massive gains when compared to 2014 while the AIADMK tally was reduced by 36. The AIADMK won 9 of the 22 Assembly bypolls. The BJP, meanwhile, failed to win a single seat and their vote-share reduced from 5.5 per cent in 2014 to 3.66 per cent this year. Outfits led by T T V Dhinakaran, Kamal Haasan and Tamil nationalist leader Seeman failed to open accounts, but Dhinakaran’s AMMK grabbed the third position in several seats. —Arun Janardhanan 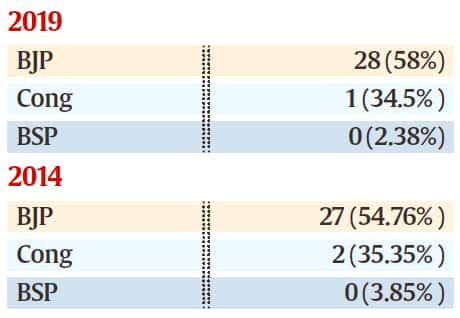 Months after the Congress came to power in Madhya Pradesh, the general election saw a very high turnout. The BJP got 58 per cent votes this time — nearly 3.24 per cent more than what it got five years ago. It also improved its tally from the last elections. —Milind Ghatwai Despite getting just 19.45 per cent votes, the BJP scored big as it made inroads into the state. While the BJP had won the urban Secunderabad seat in 2014, this time it also won three seats in Telangana’s hinterland. The BJP’s surge handed a shock defeat to sitting TRS MP K Kavitha, daughter of Telangana CM K Chandrashekar Rao. The party also won the Karimnagar and Adilabad. —Sreenivas Janyala

The BJP’s vote share increased by 10 per cent this time. BJP’s ally All Jharkhand Students Union contested one seat and won it with 4.33% of the total voteshare, compared to 3.7% in the last election, when it fought alone in nine seats. The Congress Party increased its vote-share from 13.28 per cent to 15.63 per cent and won one seat. Its ally Jharkhand Mukti Morcha’s voteshare increased by more than two points but its tally was reduced by one seat.—Abhishek Angad

Last election, the BJP had won 10 of the 11 Lok Sabha seats with a voteshare of 48.70 per cent. This time it won 9 seats with a voteshare of 50.7 per cent. However, this is not a case of a continued popularity, but of a stunning turnaround — a little over five months ago, the Congress decimated the BJP in the Assembly polls, winning 68 of the 90 seats on offer. —Dipankar Ghose The BJP, whichhas been continuously increasing its vote share in Haryana in the general elections, bagged over 58 per cent votes this time. It is evident it ate into the INLD support base that dived by 22.54 per cent from the 2014 election. The Congress managed to increase it share by approximately 5.43 per cent. —Varinder Bhatia While the BJP maintained its hold on the seats it gained in 2014 and even made improvements in its vote share, in terms of regional politics, the PDP’s loss has translated into gain for the National Conference.

Jammu, Udhampur and Ladakh seats have remained with the BJP. From just above 32 per cent in 2014, BJP’s vote share is up to 46 per cent with the same seats. Factoring in the low polling percentage in the Valley, the PDP’s vote share declined remarkably from 20.53 per cent to 2.3 per cent. Senior party leaders attributed this to an undercurrent of resentment among the people for the party’s decision to ally with the BJP.

The NC, despite winning Anantnag, Srinagar and Baramulla, has seen a decline in its vote share. The Congress, despite increasing its vote share from 22.85 per cent in 2014 to 28.47 per cent, has failed to make inroads in the state.—Naveed Iqbal 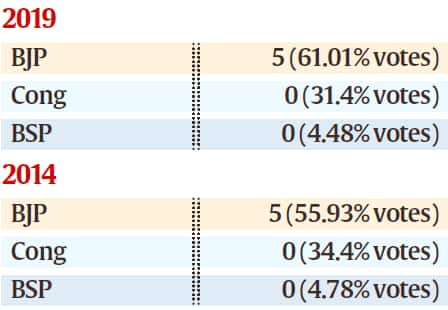 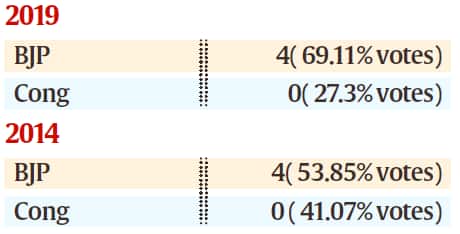 NDA constituents BJP, JD (U) and LJP got nearly 54 per cent votes in Bihar in this general election. In the last Lok Sabha polls, the NDA — then comprising LJP and RLSP — got over 38 per cent vote share. This time, all three NDA partners were able to transfer votes to one another.

In comparison, Grand Alliance constituents were not able to transfer votes. RJD, which got 20.10 per cent votes in 2014, got 15.36 per cent this time. Congress’s vote share too dipped.

While the RLSP vote share rose, the party could not win any seat. Vikasshil Insaan Party won only 1.6 per cent votes and HAM (S) got 3.1 per cent votes. —Santosh Singh In Assam, the Congress had campaigned strongly against the BJP’s stand on the Citizenship (Amendment) Bill, an issue which caused widespread protests in the state. But the issue did not affect the BJP electorally as is evident from the results.

However, the Congress’s vote share increased from 29.9 per cent in 2014 to 35.44 per cent, though the number of seats it won — three — remains the same. —Abhishek Saha There has been an increase in vote share of every major party in Punjab as compared to 2014 general elections, with the exception of AAP which has seen a steep decline. In this general election, the BJP held on to its tally of 23 and marginally went up. The Sena too maintained its tally of 18 and also got 2.47 per cent more votes.This election saw the Congress tally go down to 1 from 2 in the last election. Its vote share too dipped by 2 per cent. The consistent dip in Congress vote share since the 2004 general elections has been attributed to erosion of its social support base and its failure to consolidate and retain Maratha, Adivasi and OBC votes. A growing anger over the foisting of dynastic leaders to helm the state unit has also played a role. —Zeeshan Shaikh When the BJP swept Rajasthan Thursday, it broke the two-decade-long trend of the ruling party getting most number of seats in the state in parliamentary elections.The party also increased its vote share from 2014, a feat which was almost unimaginable a few months ago, when the BJP lost the assembly elections to the Congress. This time, the BJP received a vote share of 58.47 per cent, more than its voteshare in 2014. While the Congress improved its vote share, it did not win a single seat. —Deep Mukherjee