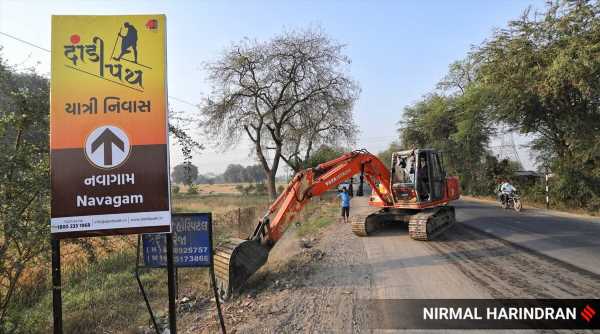 On March 12, 1930, Gandhi led a group of 80 people on a 24-day march against the British monopoly on production of salt. This non-violent protest came to be known as the Dandi March or Salt March. 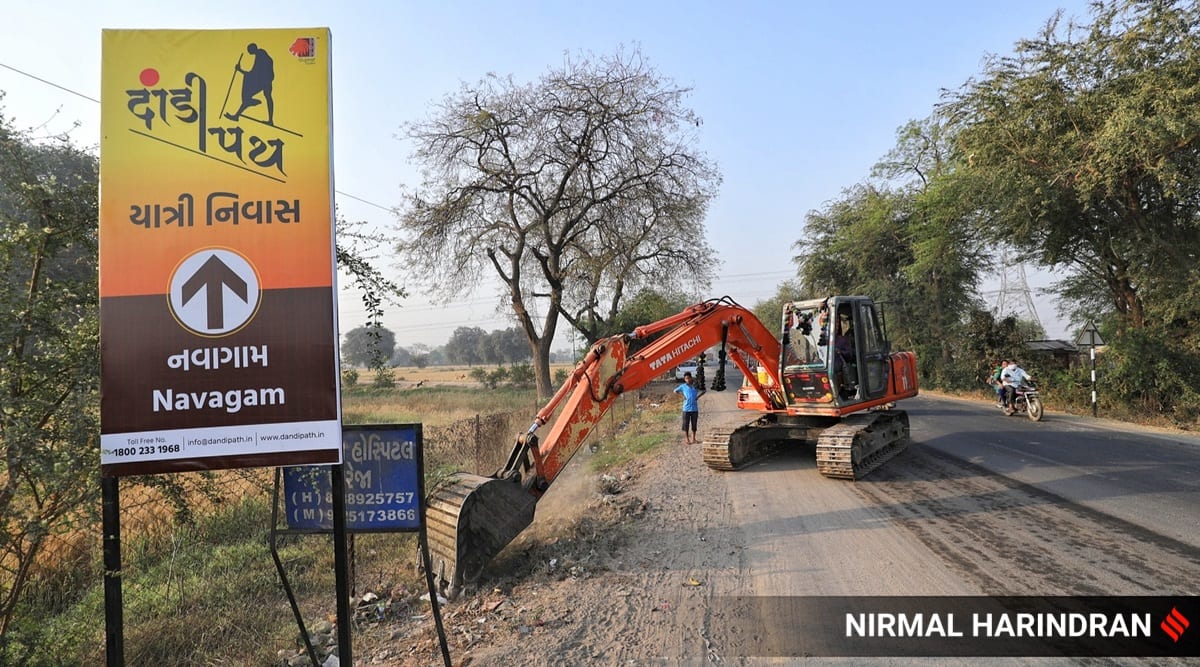 On the 91st anniversary of the historic Salt March led by Mahatma Gandhi, Prime Minister Narendra Modi will Friday flag off a symbolic 386-kilometre ‘Dandi March’, which will be held from the Sabarmati Ashram in Ahmedabad to Dandi in Navsari district. This will also launch India’s celebration of 75 years of independence — Azadi ka Amrit Mahotsav.

On March 12, 1930, Gandhi led a group of 80 people on a 24-day march against the British monopoly on production of salt. This non-violent protest came to be known as the Dandi March or Salt March.

PM Modi will address a gathering near Abhay Ghat, the resting place of late prime minister Morarji Desai, at around 10.30 am. The event will be attended by Gujarat Governor Acharya Devvrat, Chief Minister Vijay Rupani and others. Ahead of this, the delegates will visit Hriday Kunj, the residence of Gandhi and Kasturba, managed by the Sabarmati Ashram Preservation and Memorial Trust (SAPMT).

The march itself will see 81 walkers traverse the route. Union Minister of State for Culture and Tourism Prahlad Singh Patel will lead the first lap of 75 km with 103 marchers, of which 81 will walk up the original route to Dandi, reaching there on April 5.

Prime Minister Narendra Modi will kickstart celebrations for India’s 75th Indepdendence Day today. He will flag off a symbolic Dandi March in Ahmedabad, on the 91th anniversary of Mahatma Gandhi’s Salt March. Ahead of the event, PM Modi tweeted, “The March had a key role in furthering a spirit of pride and Aatmanirbharta among India’s people. Going #VocalForLocal is a wonderful tribute to Bapu and our great freedom fighters.” Stay tuned as we bring you the latest updates! An artist paints a picture of the Dandi March near Navagam. (Express Photo: Nirmal Harindran)

What was the original Dandi March of 1930?

The Dandi March or Salt March was part of Mahatma Gandhi’s non-violent protest against the British monopoly on production of salt. Led by Gandhi, 78 people started the 24-day march on March 12 and reached Dandi on April 5, 1930. After making salt at Dandi, Gandhi headed to Dharasana Salt Works, 40 km south, but was arrested on May 5.

Who will participate in the 2021 Dandi March?

Gujarat Minister of State for Sports, Youth and Cultural Activities (Independent charge) Ishwarsinh Patel said “descendants of those who walked the Salt March (in 1930) will be honoured”, though they have not been invited to participate in the nearly 386-km walk “due to their age”. The march itself will see 81 walkers traverse the route in memory of the 78 who accompanied Mahatma Gandhi in 1930 from Ahmedabad to Dandi and two others who had joined mid-route.

The subsequent journey will see “big events at six places” associated with Gandhi. These include MK Gandhi’s birthplace Porbandar, along with Rajkot, Vadodara, Bardoli (Surat), Mandvi (Kutch) and Dandi (Navsari). Simultaneous programmes to “foster patriotism” will be held on March 12 at 75 places where the 1930 entourage had taken halted. Cultural programmes are planned at 21 spots on the route at the nightly stops for the walkers. As per Chief Minister Vijay Rupani, political leaders will join in on each day of the 21 days.

What will the Prime Minister’s schedule look like on the day?

Followed by Hriday Kunj visit, the Prime Minister is expected to proceed to a ground beside Abhay Ghat to address a gathering. This event could go on for an hour and will be streamed live at 75 locations in Gujarat.