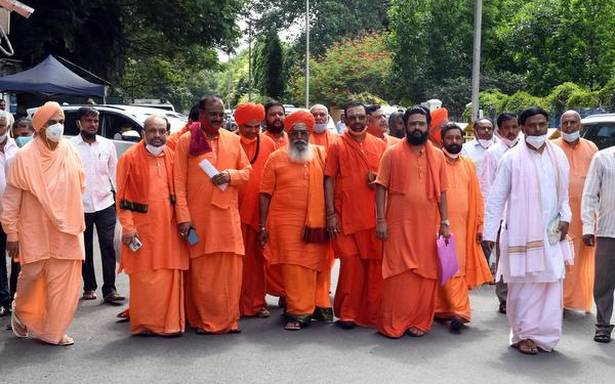 Amid intense speculation about a possible leadership change in Karnataka and a day after Veerashaiva Mahasabha heads expressed support for Chief Minister B.S. Yediyurappa, seers from the community came out in the open to back the Chief Minister and warned that they would hold a meeting to decide their future course of action if he is removed from the top post.

While Shivamurthy Muruga Swami of Muruga Mutt held a press conference along with about 20 seers from several other mutts in Chitradurga to express solidarity with Mr. Yediyurappa, another set of over 20 seers, led by Dingaleshwara seer, met the Chief Minister at his official residence to demonstrate their backing. Prasanna Renuka Veerasomeshwar Shivacharya Swami of Rambhapuri Peetha has also expressed his support for the veteran leader.

The delegation of seers that met the Chief Minister warned that a group of about 500 seers would come together to hold a meeting and chalk out the next course of action if the BJP high command went ahead with the reported plans to replace Mr. Yediyurappa.

The Muruga Mutt seer said at Chitradurga, “We are worried about reports that the BJP is planning to unseat Yediyurappa. We are here to express moral support to the Chief Minister… He should be treated with dignity. If there are internal problems in the BJP, the party leadership should resolve them immediately.”

He argued that while Mr. Yediyurappa may belong to the Lingayat caste and religion, he was a leader for all. “He is a mass leader who treats everyone equally. He has worked for the development of people of all castes and religions equally,” the seer said, at a hurriedly called media conference at his mutt. “Yediyurappa will not lose anything if he is removed. But those who remove him will suffer losses. The party will suffer.”

On future meeting of mutt heads, he said, “That will be a decision of the team and not mine alone. However, there is already an opinion among some people that there might be an agitation if the CM is changed.”

To a question on Mr. Yediyurappa’s age, the seer said the Chief Minister’s energy was more than that of a young man. He added that Mr. Yediyurappa was using his knowledge and experience to handle the panddemic and the floods.

Siddarameshwara Swami of Bovi Guru Peetha (a non-Lingayat/Veerashiva mutt of the Bovi community) asked the BJP high command to think before taking any decision. “Earlier, the BJP was seen as a party of the Brahmins. But now it is working for the welfare of all communities. Yediyurappa is responsible for the change in the image of the BJP,” he said. 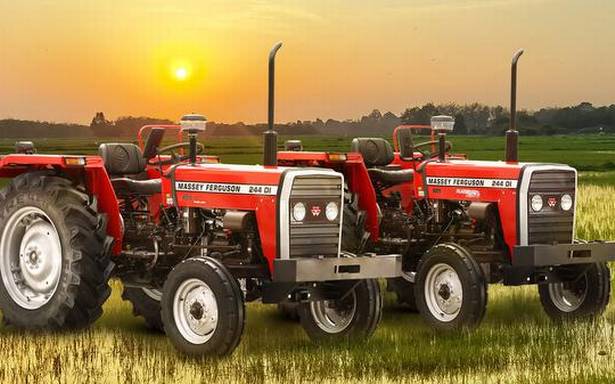 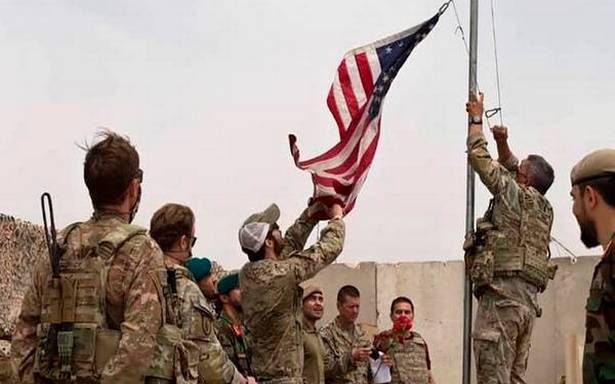